Park Jin-young denies he is a cult member

Park Jin-young denies he is a cult member 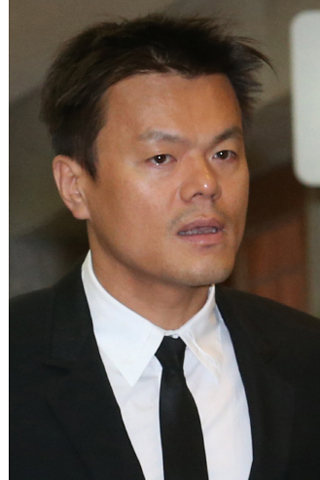 Local media outlet Dispatch reported on Wednesday that singer and producer Park Jin-young, also known as JYP of JYP Entertainment, is a member of a religious cult known as the “Salvation Sect.” This religious cult became familiar to Koreans as it was the religious assembly closely associated with individuals charged in the sinking of the Sewol ferry.

A Dispatch reporter went undercover and revealed the details of Park’s alleged involvement in the cult and also that he had delivered a speech before some 100 people, including famous celebrities such as actor Bae Yong-joon and other well-known Salvation Sect leaders.

After the report, Park expressed his anger toward the media outlet on his Instagram for falsely accusing him, saying that the gathering he had attended was a “Bible study group,” and adding that while a few Salvation Sect leaders did attend the event, it was incorrect to call the gathering a “Salvation Sect Assembly.”

Following his rage-filled post on Instagram, the artist took to Twitter page to defend his stance by sharing his “faith testimony.” Park said, “If in the testimony, you find material that causes legal or ethical problems, then your report may prove to be right, but if that is not the case, then you will face legal responsibility for the all of the damages inflicted on me.” His testimony was titled “Faith the Size of a Mustard Seed,” which is a part of a Bible verse, and was about Park’s religious journey.