Kwon Yul tries something new : In ‘Champion,’ the dramatic actor shows off his humorous side

Kwon Yul tries something new : In ‘Champion,’ the dramatic actor shows off his humorous side 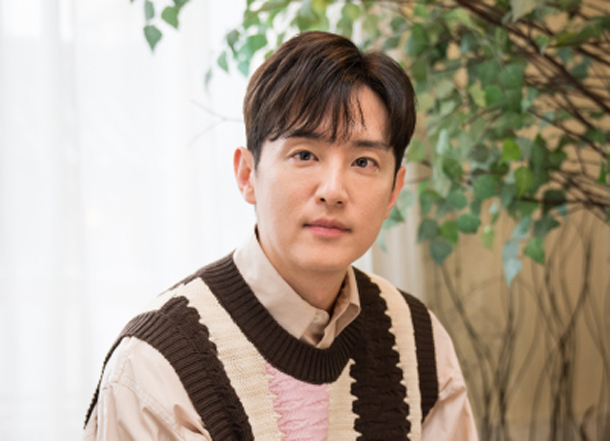 It’s no exaggeration to say that the upcoming sports drama, “Champion,” is a Ma Dong-seok movie. The muscular actor has come to be known as a powerful force himself, especially after last year’s well-received action flick “The Outlaws” outperformed the sequel to the popular “Kingsman” film.

“Champion,” which arrived in local theaters on Tuesday, is another movie that heavily relies on Ma and his big muscles. But while Ma plays what audiences generally expect from him - providing catharsis with his physical strength - his co-star Kwon Yul diverges from roles he has previously played.

Instead of being romantic or villainous, as he has been in works like the MBC drama series “One More Happy Ending” (2016) and the SBS drama “Whisper” (2017), Kwon plays a sly sports agent who makes for most of the film’s comedy.

The film tells the story of Mark (Ma), a former arm wrestling champion who is a Korea-born adoptee raised in the United States, and his journey to reclaim his title.

Mark returns to Korea to enter a competition that will grant him a chance to compete in an international tournament.

With his close friend Jin-gi (Kwon) as his sports agent, the two embark on a journey to clinch the championship, and in the process, Mark learns the value of family.

Jin-gi initially intends to take advantage of Mark’s talent through underground betting, which the film attempts to validate because his father has gone bankrupt, but the character’s slyness is generally humorous, making the role less detestable. 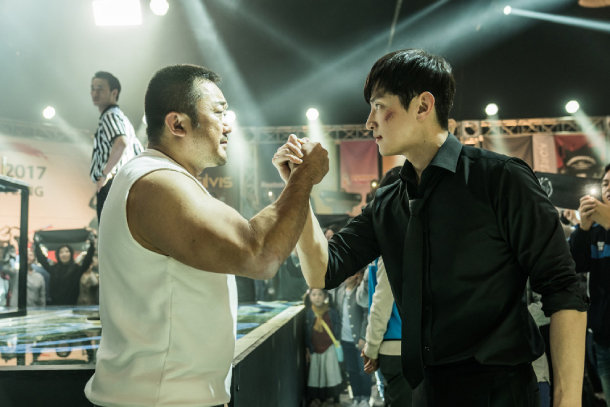 “To pull off comedy, you’ve got to create a perfect harmony between your acting and the collaboration with fellow actors,” said Kwon during an interview held in central Seoul on Friday. “Trying to perfect [comedy] throughout the two-hour movie was the biggest challenge for me.”

Playing a former student who spent many years studying in the United States, Kwon’s character exudes the energy of a Korean-American, jumping from Korean to English in a single sentence, not to mention the exaggerated gestures uncommon among Koreans who have never lived abroad.

Since Kwon was unfamiliar with the characteristics of Koreans who have lived abroad for many years, the actor received a lot of help from Ma, an American citizen who spent his youth in the United States.

“Ma taught me a lot about the gestures and the nuance each gesture suggests. Also, he was the one who told me that Korean-Americans commonly mix both Korean and English in their speech. I found it a little awkward at first, but I tried hard to make it look natural,” said Kwon.

Other than Kwon’s comedic scenes, another facet of the film that attracted the star to “Champion” was Jin-gi’s coming of age.

“The theme of arm wrestling itself seemed very interesting, and I was also excited about Ma’s participation in the flick. But apart from that, I was attracted to the drama of Jin-gi’s relationship with his father,” the actor said.

Unexpectedly for Kwon, the character’s relationship with his father only takes up a small portion of the film. The movie only briefly explains that Jin-gi’s father became bankrupt after his friend betrayed him in business.

Another part of the film that goes without sufficient explanation is the tie between Jin-gi and Mark.

Although the two actors internally discussed how their characters came to have a brother-like relationship, it is not crystal clear until later in the movie, when Mark confesses that he followed almost everything Jin-gi told him to do - despite knowing that he was trying to take advantage of his talent - because he regarded Jin-gi as a real “brother.” The line comes off a little too abrupt after seeing the two continuously bicker until the point of Mark’s remark.

“[Mark and Jin-gi’s relationship] was not included in the script. But we built their history before acting the characters. Raised in a wealthy family, Jin-gi was sent to the United States to study. Not being able to adjust, he often got himself into fights he couldn’t win, and was saved by Mark,” Kwon explained. “I admit that the [history of the] two characters’ relationship was not clear.”

Although Kwon doesn’t have any plans for his next project as of yet, the actor has played many roles both on the big and small screen over the past couple of years, starring in at least a single movie and drama every year.

When asked about the driving force behind his passion, Kwon explained that the first few years after his debut, when he underwent difficulties, still push him to work harder.

“I debuted in 2007. Back then, I wasn’t cast as much as I am now. Those times were really tough for me, so [even after more than a decade] I’m truly thankful for the fact that I’m still acting, and I want to act even more.”