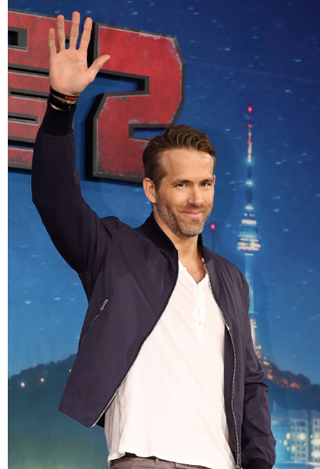 Ryan Reynolds at a press event in Korea on Wednesday to discuss “Deadpool 2,” in which he is joined by actors Josh Brolin and Zazie Beetz. [20TH CENTURY FOX KOREA]

Hollywood’s most unconventional superhero has returned to the spotlight ahead of the release of the sequel to 2016’s hit comedy “Deadpool.”

Expected to make a huge splash at the box office, “Deadpool 2,” featuring Marvel’s smart-ass antihero, is highly anticipated in Korea, receiving a big boost of excitement after actor Ryan Reynolds’ recent visit to the country.

“Deadpool 2,” which will take Marvel fans to a very different cinematic universe, follows Wade Wilson (Reynolds) and his X-Force team as they fight against a pack of aggressive enemies. Through their work together, Deadpool learns the value of family and friendship.

While “Deadpool” was a love story of the foul-mouthed antihero, the sequel will be more of “a family film,” said Reynolds, who made his first visit to Korea for a press event held in central Seoul on Wednesday.

While describing X-Force, which includes the time-traveling soldier Cable, played by Josh Brolin, (who was also the mask behind Thanos from Marvel’s latest box office smash, “Avengers: Infinity War”) and Zazie Beetz’s supernaturally lucky mercenary Domino, Reynolds stressed that his team is different from the Avengers, most notably in terms of their morals.

Diverging from being a respectable hero and being perceived as an “underdog” is what made the character of Deadpool so attractive to Reynolds.

Just by looking at Deadpool, people instantly understand him to be an “underdog” because of his disfigured face with burns and scars all over. That ugliness is what actually makes up Deadpool, according to Reynolds. 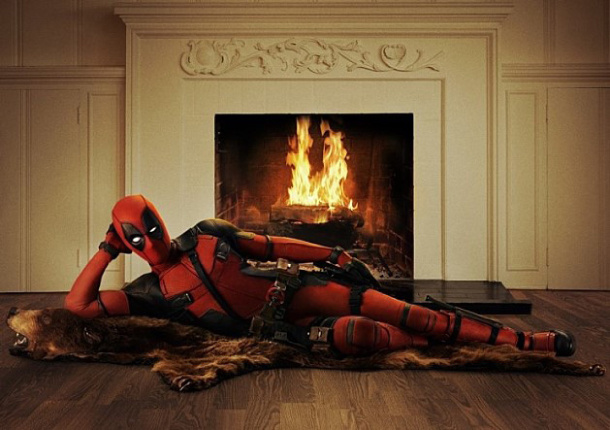 The sequel to the hit 2016 antisuperhero flick “Deadpool” will arrive in Korea on May 16. [20TH CENTURY FOX KOREA]

The character, “angered by emotions,” is not Captain America, and he doesn’t want to save the planet.

“He just wants to save the kid in this movie,” explained the actor. “I liked that his objective is so small. He can only think about the moment,” Reynolds explained while describing his character to have the heart of a 15-year-old.

Long known to his fans for having a personality that resembles the antihero, Reynolds told reporters that the only difference between himself in real life and the character is that he has a “tiny little editor” inside his head that prevents him from saying out certain things that could create embarrassing situations.

While refraining from more details about the film, Reynolds said if there is to be a third movie featuring Deadpool, the film will be closer to an X-Force flick instead of another Deadpool feature.

While keeping a light tone with lots of jokes throughout the press event, the actor pledged to put up a video that shows him drinking up an entire bottle of soju if the sequel outperforms the first film. Despite being R-rated, the first film sold more than 3.3 million tickets in the country.