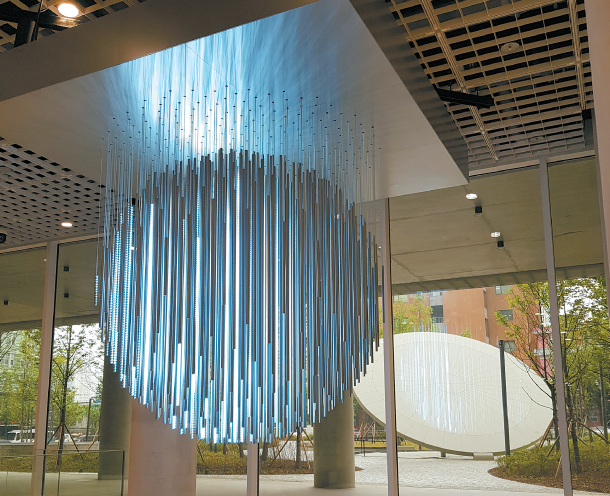 “Blue Sun,” among the five works that are being unveiled for the first time at the retrospective of Rafael Lozano-Hemmer as the inaugural exhibition of the new Amorepacific Museum of Art, is installed at the museum lobby. [MOON SO-YOUNG]

A new art museum’s inaugural exhibition always attracts attention from the art world as it gives hints about the museum’s identity and qualities.

The Amorepacific Museum of Art (APMA), located in the cosmetics giant’s new headquarters near Sinyongsan station in central Seoul, has chosen a retrospective of Mexican-Canadian artist Rafael Lozano-Hemmer as its opening act on Seoul’s art stage.

The first artist to represent Mexico at the Venice Biennale in 2007 is famous for his interactive works involving technologies such as surveillance, robotics and long-distance networks that require the audience’s participation.

“It’s my very first solo exhibition on such a scale in Asia so I’m nervous but also excited,” the 50-year-old artist said at a press preview on Thursday. “Among the 29 pieces on view, five are [being] world-premiered here.” 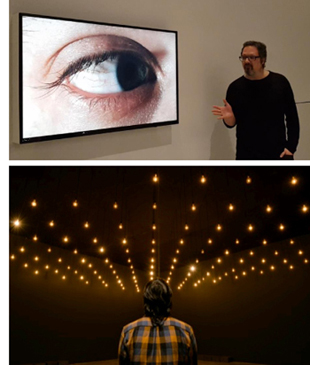 The exhibition starts with the spectacular “Blue Sun,” as it is installed on the museum lobby on the first floor. It is a huge globe made of 342 panels with LED lights, which reflects phenomena that take place on the surface of the sun. The work is a collaboration between the artist and NASA.

The other works are on view through the six galleries in the building’s basement floor. Another one of the new creations is “Pareidolium.” In a dark room, a misty fountain is installed. When the viewer comes close and stands in a certain point, a face detection program instructs the fountain to make the viewer’s face out of the water with waves. Some viewers may find it fun or poetically beautiful, while some others may think it is creepy.

Most of his works give this kind of double impression. His early work “Surface Tension” (1992) is a close-up video of a human eye. The eye and its gaze move to follow the viewer. Reactions to the piece vary, but most will be surprised that he created this advanced work in the early 1990s. The “Zoom Pavilion”(2015) is a room that projects images of the viewer, caught by surveillance cameras, to all over the walls. It could be a paradise for selfie lovers or a horrifying space for those who fear state surveillance.

Throughout the exhibit, it is evident that the artist’s works contain fun, poetic and sociopolitical contexts at the same time. 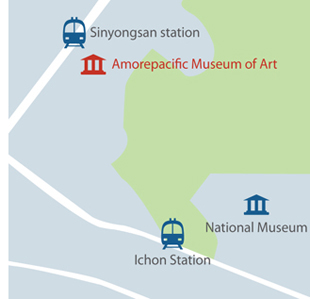 “My works are in between technology’s violence of control and its [ability] to enable people’s inclusion and participation,” the artist said. “So I’m curious how Korean viewers will react to the works ... My works are completed by the viewers. If there is nobody [in my piece], there is no artwork.”

“That’s why we chose his retrospective as the inaugural exhibition,” museum director Jeon Seung-chang said.