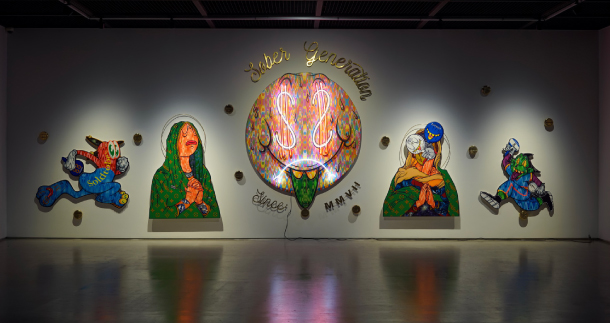 The streets of Hongdae, around Hongik University in western Seoul, are known to be favored by young bohemians and hipsters. The neighborhood has attracted several small galleries and alternative art spaces for new and emerging artists but no major gallery, until recently.

“This is mainly for young Korean and foreign artists to show experimental works including large-scale installations and media pieces,” Henna Joo, executive director of Arario, said in a press preview of the new branch’s inaugural exhibition on April 23. “In fact, we have looked for this kind of space since we opened the Arario Gallery Seoul in Samcheong in 2014.”

The inaugural exhibition entitled “Remembering, or Forgetting” makes clear the branch’s identity. It features 25 pieces of works by seven Asian artists in their mid-30s to early 40s.

Among them, Indonesian artist Uji Handoko Eko Saputro, also known as Hahan, created an installation of painting panels and neon. The work entitled “Baby Booming” mixes the iconography of Western religious paintings with comic characters and logos of luxury brands to satirize capitalism in the art market. The artist said he was inspired by the sudden growth and collapse of the Indonesian art market’s bubble in the late 2000s, which hit local artists hard. 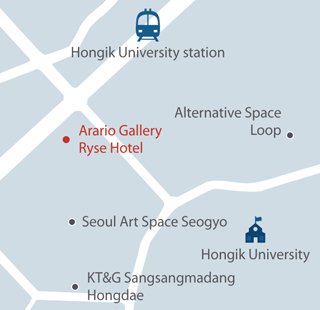 The exhibit also includes Chinese artist Xu Bacheng’s large-scale painting about gambling-crazed people and miniature museums he created to summarize his oeuvre and his views on art history.


The group show runs through June 17. Admission is free. The gallery is closed on Mondays. For details, visit www.arariogallery.com.