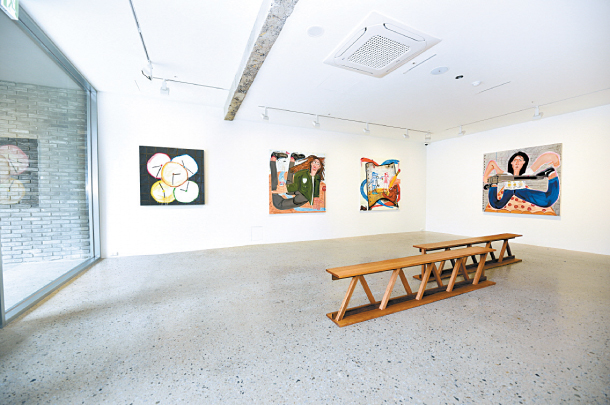 The area around Hangangjin subway station in central Seoul has gradually grown into one of major art zones in Seoul since Leeum, Samsung Museum of Art, opened there in 2004.

The neighborhood’s musical theater Blue Square’s art exhibition spaces; the alternative art space Amado; Hyundai Card company’s Music Library and art center Storage; and the international gallery Pace’s Seoul branch have each opened in the area one by one. Not far from the station, the flagship stores of fashion brands including KUHO also hold small art shows from time to time.

Now, the art zone is extending along Daesagwan-ro, which diverges off of Itaewon-ro and goes toward Soonchunhyang University Hospital. A cultural complex named Sounds Hannam was recently developed near the hospital by the restaurant group JOH & Company. The complex is home not only to the company’s well-known restaurants such as Ilhochic and Second Kitchen but also residences and art spaces.

In the complex, the London-based auction house Phillips opened its first Korean office on April 26. On the same day, Gana Art Gallery, one of Korea’s biggest galleries, opened a new branch targeting young collectors in the complex.

“We’ve selected this site because it is located between two important art zones north and south of the Han River and it is easy to attract collectors from both areas,” said Jane Yoon, regional director of Phillips for Korea.

The Phillips office in Seoul will focus on consulting collectors in Korea about how to bid at auctions in Hong Kong, New York and other cities while helping Korean artists’ works get introduced at these sales, Yoon explained. Previews of overseas sales will be held at the Seoul office occasionally. 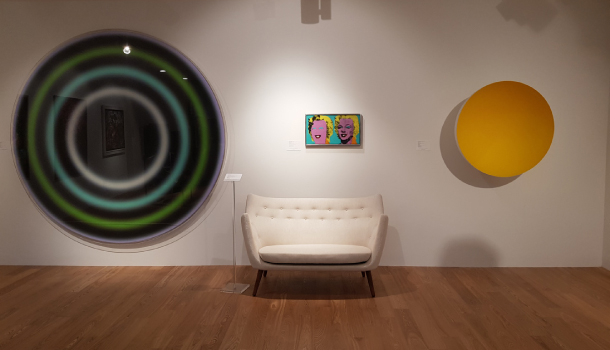 In the newly-opened Seoul office of the London-based auction house Phillips are works, from left, by Ugo Rondinone, Andy Warhol and Anish Kapoor and a sofa by Finn Juhl at a preview for the sales in New York and Hong Kong in May. [MOON SO-YOUNG]

For the first preview, some of the works that will go on sale in New York and Hong Kong later this month were exhibited from April 26 to 28. Among the works were “Two Marilyns” by the legendary American pop artist Andy Warhol and a dansaekhwa, or Korean monochrome painting, by Chung Sang-hwa. The exhibits also included chairs made by Danish architect and designer Finn Juhl.

“Korea and Japan have more collectors interested in design than in any other Asian countries,” said Lily Chan, managing director of Phillips Asia. “And many Korean collectors are interested in contemporary art. For Phillips, which is focused more on modern and contemporary art than other major auctioneers, the Korean market is so important for that reason, as well as for its strong growth.” 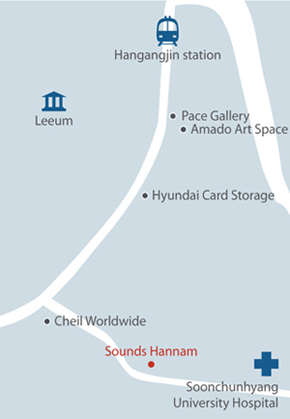 Meanwhile, Gana Art’s Hannam branch in the Sounds Hannam complex is presenting a solo show featuring Chang Yoo-hee, an artist in her late 20s. The gallery, based in Pyeongchang-dong, a residential area long associated with so-called old-money families, has long dealt with mainly established or veteran artists.

“This space in Hannam is mainly for young artists and young collectors,” said Lee Jung-yong, head of Gana Art said. “I’d like to make the space a [place to show new] kinds of exhibitions that I could not hold in the Pyeongchang-dong headquarters.”


The Chang Yoo-hee solo show runs though May 27. Admission is free. For details, visit www.ganaart.com.