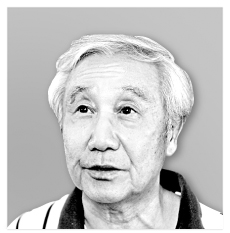 Shim Jae-hoon
*The author is a journalist based in Seoul. This article originally appeared in YaleOnline.

The April 27 summit provided occasion to underscore Korean nationalism — one country, one history, one culture. In the armistice village of Panmunjom, the two leaders embraced each other, held hands and crossed over to each other’s territory. As the first North Korean head of state to step into southern territory since the 1950 war, Kim reviewed a full honor guard in 19th-century uniforms. They planted a pine tree in the neutral zone, with soil and water from the North and South, in commemoration of the 65th anniversary of the armistice agreement that falls this year. These choreographed and televised events, while underscoring the symbolism of peace and a common destiny, trivialized talks meant to dispel the shadows of nuclear conflict on the peninsula.

Kim indicated changes in his leadership style. The day after the summit, he ordered the North’s normally staid official media, including party organ Rodong Sinmun, to splash multiple photographs showing the two leaders signing the Panmunjom Declaration, including the full text mentioning his agreement on “complete denuclearization,” previously unmentionable in Pyongyang. Breaking this erstwhile taboo prompted some South Koreans to wonder if Kim was not seeking to draw the South to its side and prepare the public: The Trump administration has threatened war in the event Kim refuses to accept nuclear disarmament.

Kim also showed a softer persona: At a farewell dinner following the high-level talks, the first in 11 years, he introduced his fashion-conscious wife to Moon and his wife — a notable departure. His father, Kim Jong-il, never bothered with such a gesture. Jong-un appeared anxious to humanize his international image as a brutal dictator who ordered his uncle killed by a firing squad and his half-brother murdered with VX nerve agent in Kuala Lumpur.

But he remained the authority for decisions, apparently brooking no lesser counsel. He allowed two aides at the negotiating table, including his sister, during the 90-minute negotiations. In the only document recording their talks, innocuously named the Panmunjom Declaration, Kim and Moon pledged to replace the current armistice agreement with a formal peace treaty this year. To that end, they plan a series of steps to reduce tensions in the demilitarized zone by limiting weapons and stopping “all hostile actions on the land and sea and in the skies.” This sweeping clause indicates Kim’s objection to military exercises by the South. In exchange, South Korea will stop propaganda broadcasts directed at the North from the border and disallow balloons filled with leaflets attacking the regime from being sent over the border. “All hostile acts” are to cease from May 1, as Seoul and Pyongyang pursue an international arrangement under which the United States and China, two major combatants in the 1950-53 Korean War, declare a formal end to the conflict.

Given the nearly seven decades of conflict and division on the peninsula, that arrangement looked audaciously simplistic, even naive. “There will be no more war on the Korean Peninsula,” the declaration pronounced. Apart from Korean parties, the war involved more than a million Chinese volunteer troops, and U.S. and Allied soldiers fighting under the UN banner. Former South Korean President Kim Dae-jung, returning from his summit talks with Kim Jong-il 18 years ago, astonished the South with similar assurances that South Koreans could go to bed without worries about another war.

Such euphoria was short-lived. The North continued provocations in 2000, torpedoing a South Korean naval ship (which killed 46 seamen) and shelling a west coast island (killing four people), planting mines inside the DMZ and harassing companies operating within a joint industrial complex. All this occurred with the rise of Kim Jong-un as he sought to burnish his image as an uncompromising successor to his father. As he began seizing the mantle of leadership in 2012, Kim embarked on a spectacular course of nuclear and missile development, ordering four underground tests and more than 80 rounds of ballistic missile launches, reaching the intercontinental threshold and boasting that the North could hit the U.S. mainland.

At Panmunjom, Kim told his host, according to Seoul officials, “Why would I poke my own eyes with my fingers by warring against the South?” and, “I know the Americans are inherently disposed against us, but when they talk with us, they will see that I am not the kind of person who would shoot nuclear weapons to the South, over the Pacific or at the United States.” One retired Seoul diplomat, asking not to be identified, ruefully commented: “This reminds me of what Adolf Hitler did to Lord Chamberlain.” The uncharitable assessment might be forgiven, given the cursory treatment the denuclearization issue received toward the end of the declaration: “South and North Korea confirmed the common goal of realizing, through complete denuclearization, a nuclear-free Korean Peninsula. South and North Korea shared the view that the measures being initiated by North Korea [a moratorium on further testing] are very meaningful and crucial for the denuclearization…and agreed to carry out their respective roles and responsibilities in this regard. South and North Korea agreed to actively seek the support and cooperation of the international community for the denuclearization of the Korean peninsula.”

The declarative sentences make no mention of how to achieve the stated objectives, let alone inspections and verifications. No questions were taken at the closing session. Kim, occasionally panting, read a short statement, pointedly omitting reference to denuclearization. Some analysts said this omission was intentional, to be taken up at his summit with U.S. President Donald Trump. Curiously, he left the word intact in the declaration reprinted in Pyongyang.

Moon is convinced he has helped open the path out of crisis for Kim. “It’s the beginning of a beginning,” he told aides during a post-summit assessment. But he is also elated by the North Korean announcement that Kim will invite international experts and journalists to watch the shutdown of an underground test site this month — reminiscent of a similar gesture for U.S. diplomats in June 2008 when Pyongyang officials blew up an old 60-foot cooling tower at the Yongbyon nuclear complex — useless, according to some experts — as evidence of “sincerity.”

The conservative opposition Korea Liberty Party denounced the summit as an “empty talk show,” and Moon’s liberal-left supporters are calling for resumption of economic relations. In exchange for Kim’s agreement on building a North-South peace regime, Moon conceded to the North the right to some fishing grounds off the west coast of North Korea, hitherto closed to the nation under the 1953 armistice agreement. For Moon’s concession to work, Washington must accept the change. Given the tough “America First” policy of the Trump administration, that concession is by no means a given. Seoul, not a party to the armistice agreement, technically has no exclusive right to change the current language which the North refuses to accept.