FSS gets third pro-reform governor in a year

FSS gets third pro-reform governor in a year 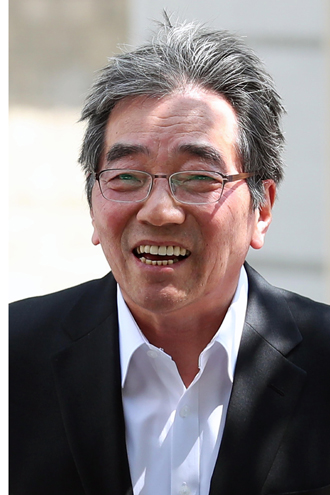 The Financial Services Commission (FSC), Korea’s top financial regulator, said on Friday that it recommended Yoon as the new FSS head, telling President Moon Jae-in that the nominee is an ideal candidate “to lead innovation” in the industry in a statement. Later in the day, Moon confirmed his appointment.

The commission pointed out that Yoon worked in the public sector in a number of positions including the head of a committee under the FSC that mapped out reforms for the regulators.

Yoon was head of the so-called Financial Administration Innovation Committee, from which he made policy recommendations this year to FSC Chairman Choi Jong-ku such as penalizing Samsung Electronics’ Chairman Lee Kun-hee for maintaining bank accounts under other people’s names.

With him at the helm of the watchdog, insiders predict structural changes in the country’s regulatory framework.

Yoon and other academics in 2013 proposed a plan to reform Korea’s financial regulatory and supervisory system. The proposals included ensuring the independence of a supervisory institution, which required the dissolving of the FSC and splitting its key tasks between the Ministry of Strategy and Finance and the FSS.

Yoon and his colleagues also proposed that the FSS stop worrying about consumer protection services and a separate body be created to handle such issues. Kim Sang-jo, current chief of the Fair Trade Commission, was one of Yoon’s academic colleagues making the recommendations in 2013.

Yoon now becomes the third governor of the FSS under the Moon administration, which celebrates its first anniversary this month.

Choe Heung-sik, the first, stepped down in March, just six months after he came to the position, after allegations surfaced that he helped a college friend’s son get a job at KEB Hana Bank while he was the president of Hana Financial Group in 2013.

Kim Ki-sik, an ex-lawmaker and civic activist, fell out of grace just two weeks after his appointment after some of his actions while as a lawmaker received heavy criticism from politicians as well as the public.

Like his two predecessors, Yoon comes from a non-bureaucratic background.