Law grad puts off green card to serve in military

Law grad puts off green card to serve in military 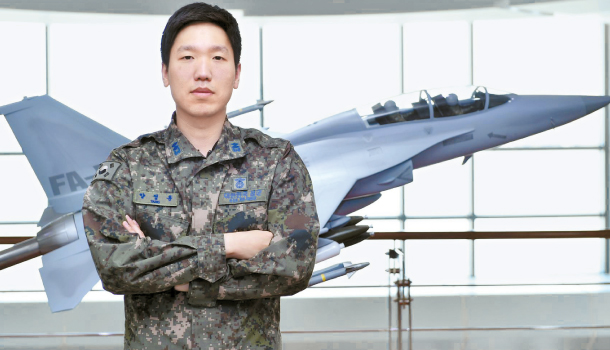 Yang Jung-hoon, a lieutenant in the Korean Air Force and graduate of Harvard Law School, postponed his green card application to serve in the Korean military. [YONHAP]


Yang Jung-hoon had his whole life set in the United States. He graduated from Harvard Law in 2016, passed the bar exam in New York and Massachusetts and was on track to getting a green card last year. Nevertheless, he postponed his application so that he could serve in the Korean military.

The Air Force lieutenant hadn’t lived in Korea since the sixth grade, but he believed serving was a “sacred duty,” especially in Korea, where all able-bodied men are required to spend at least two years in the military. So Yang postponed his plans for a green card, which would have allowed him to avoid conscription, and joined the Korean Air Force in January.

After being commissioned as a lieutenant first class on March 30, he now reviews international agreements and treaties regarding Air Force matters. Since he does not have a license to practice in Korea, he serves as an administrative legal officer rather than a military lawyer.

“I wanted to become a lawyer to help those in need,” Yang said. He recalled his family getting scammed when they first arrived in the United States and suffered financial difficulties afterward. They were unable to find proper legal representation because they lacked the funds to hire an attorney. During those difficult years, Yang worked at a restaurant during the day and studied at night.

Since his days in law school, Yang has devoted much of his time to community service and helping the disaffected. He was president of Harvard’s Tenant Advocacy Project, a student organization that represents tenants and applicants for public housing at administrative hearings. He also participated in the Greater Boston Legal Service, which provides low-income individuals with free legal services.

“I am glad to put my meager knowledge at my nation’s disposal,” Yang said. “After I finish my military service, I hope to become a public interest lawyer and aid those who cannot receive legal assistance due to their social circumstances.”