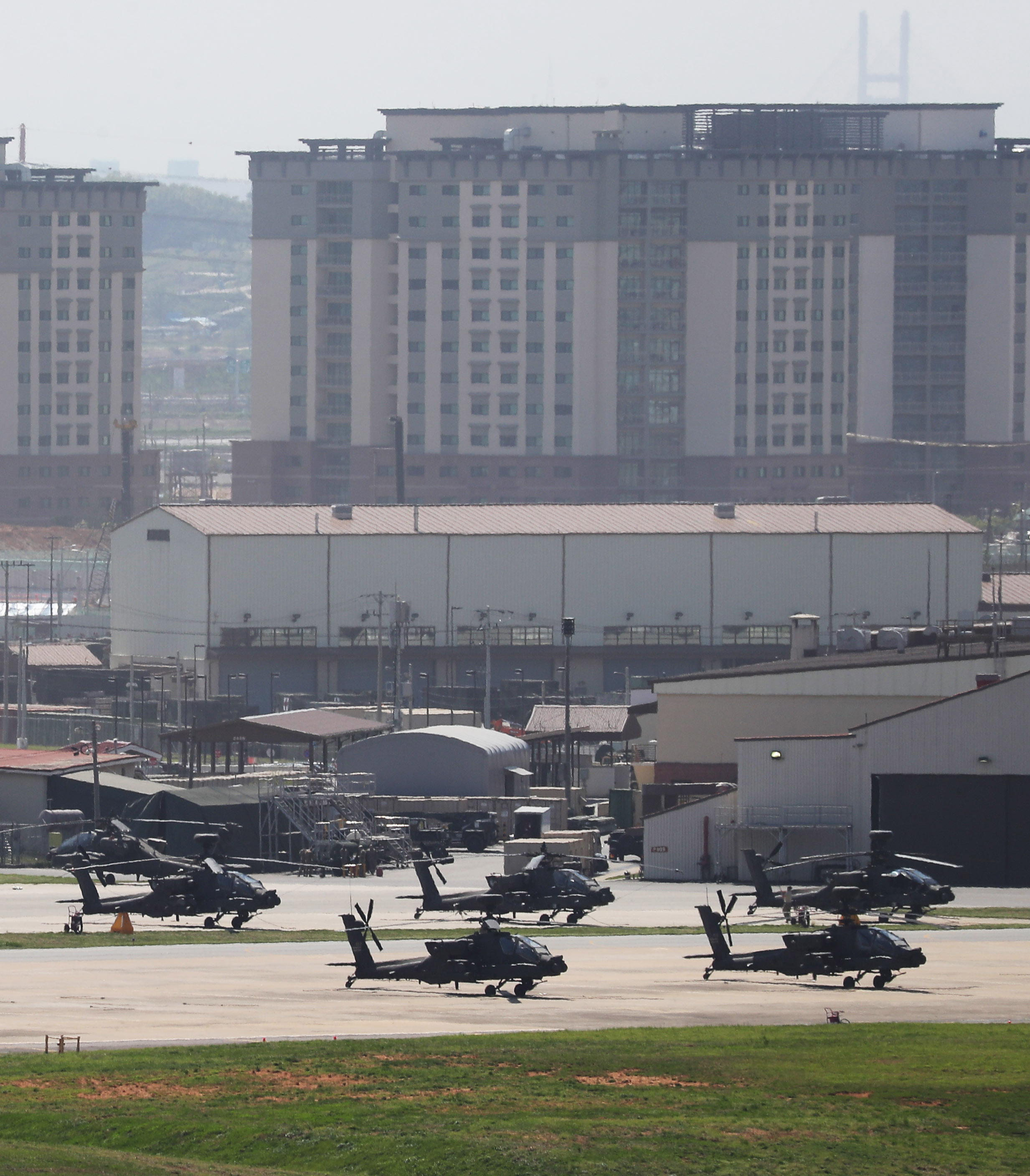 A White House official denied a New York Times report that U.S. President Donald Trump was considering reducing the size of the U.S. military forces in Korea, according to the Blue House on Friday.

The report, published on Thursday, came at a sensitive time as Washington and Pyongyang are expected to have their first leaders summit in the coming weeks.

“A core member of the White House’s NSC [National Security Council] stated that the news report by the NYT in which Trump was said to have ordered the Pentagon to reduce the size of U.S. forces in Korea was ‘not true’,” said Yoon Young-chan, a senior presidential secretary for public affairs in a brief statement Friday, without naming the NSC official.

Citing anonymous officials with knowledge of the deliberations, the NYT reported Thursday local time Trump “ordered the Pentagon to prepare options for drawing down American troops” in the South.

According to Yoon of the Blue House, the cited White House’s NSC official relayed a rebuttal of the report to Chung Eui-yong, head of the Blue House’s National Security Office, who is in Washington for meetings with his counterpart John Bolton, the security advisor for Trump, on the outcome of the inter-Korean summit last Friday as well as for the upcoming Kim Jong-un-Trump summit, for which a date and venue have yet to be determined.

The White House had yet to deny the report as of press time Friday.

The news about a possible reduction of the USFK sent the Blue House scrambling to verify the report.

Moon Chung-in, a special advisor on inter-Korean affairs for President Moon Jae-in, made a stir earlier this week -- to the chagrin of the Blue House – by saying it would be “difficult to justify” a continuing U.S. military presence in the southern part of the peninsula if the Korean War is formally ended with a peace treaty.

The two Moons are not related.

In a column published by Foreign Affairs on Monday, advisor Moon wrote “What will happen to U.S. forces in South Korea if a peace treaty is signed? It will be difficult to justify their continuing presence in South Korea after its adoption.”

Aware of the sensitivity of the issue in terms of the Seoul-Washington alliance, the Blue House issued a rare public rebuke of the advisor’s comment, saying the issue of the USFK had nothing to do with the signing of a peace treaty and that the U.S. soldiers would continue to stay in South Korea.

While the White House denied the New York Time report to Seoul, it could be part of preparations for Trump’s summit with Kim, North Korea experts say, if Trump did hint at the option of downsizing the USFK.

“Raising the card of a possible U.S. force reduction could be a sign from President Trump that he is sincere about reaching a consensus with the North and that he acknowledges Pyongyang’s recent denuclearization moves,” said Koh Yu-hwan, a professor of North Korean studies at Dongguk University.

In what some see as a sign that Kim Jong-un this time is serious about denuclearization, Kim said he would shut down the Punggye-ri nuclear test site this month and invite experts and journalists from the U.S. and South Korea to inspect the demolition.

The issue of whether the U.S. forces will continue to stay in the South is a sensitive one for many, especially among those suspicious of the North’s motive for engagement. The North has previously called for the withdrawal of the U.S. military when a peace treaty is signed to end the war.

For North Korea skeptics, Pyongyang’s demand for the USFK withdrawal meant that the Kim regime was still holding onto its objective of unifying the two Koreas under its communist rule, the reason Kim Il Sung, the grandfather of current leader Kim, initiated the war 68 years ago that left much of the peninsula in ruins.

Seoul and Washington consider such a demand non-negotiable.

Aware of the sensitivity of the issue, President Moon has emphasized that North Korean leader Kim was not demanding the full or partial withdrawal of the USFK to declare an end to the Korean War, saying if he had, the Kim-Trump talk would not have been planned.