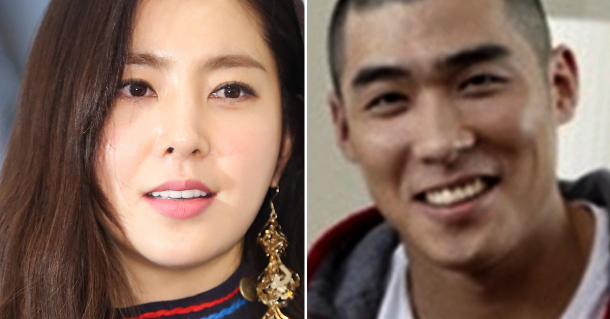 After dating for a little more than a year, actor Han Chae-ah, 36, held a private wedding with Cha Se-jji, 32, the second son of Korean football legend Cha Bum-kun, on Sunday.

The couple walked down the aisle on Sunday afternoon at Shilla Hotel in central Seoul. Only their family, relatives and closest friends are known to have attended the wedding. The two reportedly did not receive any congratulatory money from their guests.

Rather than going on a honeymoon, the pair chose to allow Han some time to rest. In early April, Han announced through an Instagram post that she was six weeks pregnant.

Since her debut in 2006, Han has mostly appeared in television dramas, including the SBS series “All About My Romance” (2013) and KBS2’s “Bridal Mask” (2012). Cha is currently working as a manager at his father’s soccer school, FC Chaboom.