A wet Sunday stopped play across most of the KBO on Sunday, although the ground stayed dry enough for play to go on in Jamsil, southern Seoul and Gwangju. 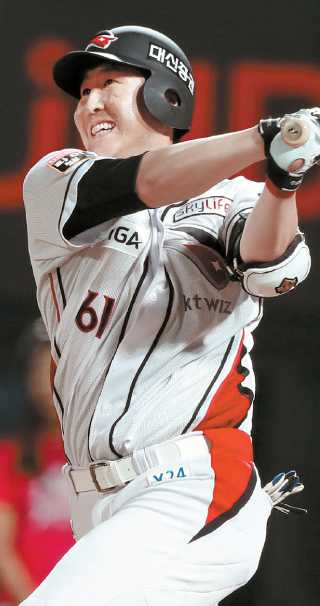 With a total of 20 hits, the Doosan Bears ended a dominant weekend with a big 13-5 victory over home-stadium rivals the LG Twins to sweep the series, redeeming themselves from last year’s Children’s Day weekend losses. The three wins cemented the Bears place at the top of the standing, a full two games ahead of the SK Wyverns in second place.

After a scoreless first, the Bears - playing as the away team in the home stadium they share with the Twins - started the second with a two-run home run from Oh Jae-il. Runs in the third and fourth from both teams took the score to 5-2 by the end of the fourth, before the Bears really started to pull ahead. A huge fifth inning added four to the scoreboard, and the Bears continued that momentum all the way to the ninth.

The Bears’ starting pitcher Josh Lindblom gave up four hits, two walks and three runs while striking out eight in six innings to pick up his sixth win of the season, the first pitcher to do so this season. However, Cha Woo-chan, the Twins’ starting pitcher, had his worst game, giving up nine runs and 13 hits in four and one third of an inning to pick up his fourth loss of the season.

In Gwangju, the Tigers defeated the Dinos 11-3.

Heavy rain caused a cancellation in Suwon, but the Nexen Heroes still won the weekend, beating the KT Wiz on Friday and Saturday to take the series.

Yoo Han-joon of the KT Wiz is off to the best season of his career, leading the KBO’s batting average at 0.407 and winning his first ever KBO monthly MVP for April.

Yoo got drafted by the Hyundai Unicorns in 2004, after graduating from Dongguk University. However, it wasn’t until the 2005 season that Yoo made his KBO debut, as he spent his entire first season in the Futures’ League. During his three seasons with the Unicorns, until 2007, Yoo had a batting average of 0.223 with five home runs and 35 RBIs. After spending two seasons in the military, Yoo returned to the KBO in 2010, playing for the Nexen Heroes. Yoo was a notable player in the league for his great defensive play, but wasn’t known for batting - it wasn’t until the 2014 season that his batting average exceeded 0.300.

After a successful 2015 season with the Heroes, winning the league for the most number of hits at 188, Yoo signed with the Wiz in 2015 for six billion won. Though Yoo managed to keep his batting average above 0.300 in his first two seasons - 0.336 and 0.306 - with the Wiz, fans weren’t satisfied with the statistics as before he joined the club he had a batting average of 0.362 with 23 home runs and 116 RBIs.

Just for the month of April, Yoo had a batting average of 0.447, good enough to win monthly MVP. This is the first time Yoo has ever won the monthly MVP award.

Before the start of the season, Wiz fans had high expectations for the fledgling team due to the addition of Kang Baek-ho and Hwang Jae-gyun, but it turns out it is Yoo that is leading the lineup.

Starting today, the Wiz will play a three-game series against the Samsung Lions at home in Suwon.