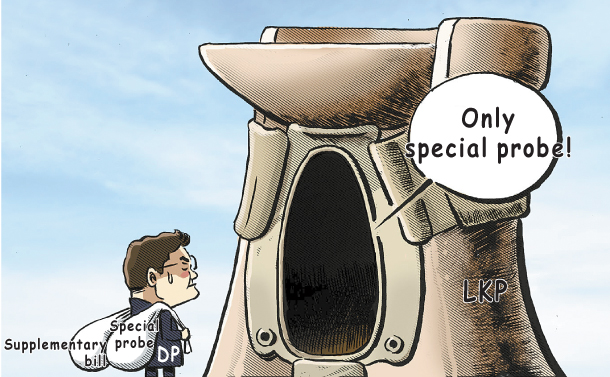 The opposition Liberty Korea Party (LKP) has refused to accept the ruling Democratic Party’s call for the simultaneous passage of a bill aimed at launching a special investigation of the so-called Druking scandal and a supplementary budget bill. The LKP’s floor leader Kim Sung-tae is on a hunger strike wearing a neck brace after an attack by an angry young man.