The Chos’ chamber of secrets

The Chos’ chamber of secrets

MOON BYUNG-JOO
*The author is a deputy national news editor of the JoongAng Ilbo. 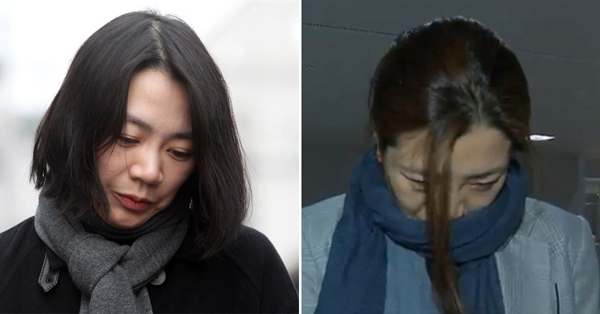 On January 13, Cho Hyun-ah and Cho Hyun-min smiled as they ran behind Hanjin Group Chairman Cho Yang-ho, who was carrying the torch for the PyeongChang Winter Olympics in Gwanghwamun, central Seoul.

A month after the winter Olympics, the company distributed a press release. It read, “Cho Hyun-ah will oversee hotel-related business, as she has ample experience in hotel management.”

That was the announcement of the return of Cho, who ordered a Korean Air plane back to the gate at Kennedy International Airport and had the chief flight attendant removed from the plane over a bag of nuts in December 2014. Her appointment was made exactly three months after she was sentenced to a ten-month prison term with a stay of execution for two years after being indicted over the “nut rage” incident. She spent a total of 143 days in a detention center in Seoul.

So I think her younger sister’s text message to her — “I will take revenge for sure!” — is more sincere than her apologies. Most Korean Air employees are upset about her behavior.

Soon, it was revealed that Cho Hyun-min, a senior executive at Korean Air, harassed and splashed water on an advertising executive. Her initial response was similar to the “nut rage” incident.

When public sentiment worsened, Cho, who went abroad after leaving the message, “Don’t look for me,” returned from her vacation and apologized. Both sisters were removed from their positions at the company.

At the time of Cho Hyun-ah’s power trip, most Korean Air employees thought the incident only affected those involved, including Park Chang-jin, who was the chief flight attendant harassed by Cho.

The Cho family is facing countless accusations of verbal harassment, violence, smuggling and unregistered overseas assets. The police are investigating assault allegations, and the Korea Customs Service, the Ministry of Land, Infrastructure and Transport and the Fair Trade Commission are also involved in a “crusade” against the Cho family. Employees of Korean Air are protesting in masks. They seem to have gotten over the fear that they will be fired or won’t be promoted.

The magnitude of this year’s scandal is different, but it resembles the nut rage incident. The Cho family denies allegations or threatens to take legal actions against those who spread them.

Law enforcement is belatedly looking for relevant documents after a chamber of secrets was found in the family’s residence. The are also investigating possible destruction of evidence. I wonder if the police can really bring this family to justice before it is too late.