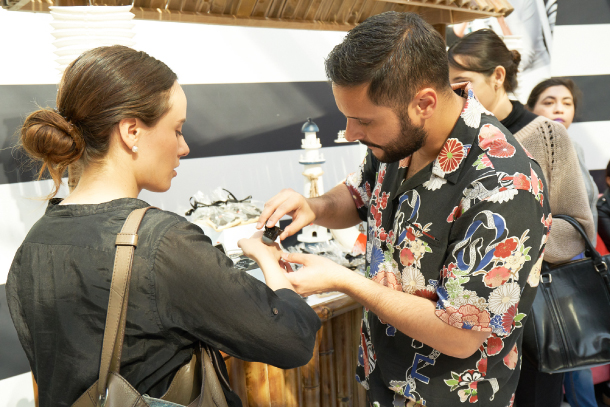 Korean cosmetics companies are falling in love with the Latin American dream as they seek to cash in on the region’s beauty boom and the growing popularity of K-pop.

The Korean beauty company, which opened its first offline store in Mexico in 2015, already has four Tonymoly branches in the country.

Dr. Jart+ products also began selling in Mexico’s Sephora stores from last August. One of its best sellers is the Rubber Mask, which sets itself apart from other sheet masks for being form-fitting and rubbery.

“Because the market for face masks has only recently developed in Mexico, we projected that the market growth would be large,” explained a Dr. Jart+ spokesman. “The masks are doing well with Mexican consumers because they are easy to use and have a unique design.”

Able C&C’s Missha, another large makeup brand, expanded relatively early into Latin America in 2011 when it opened a store in Paraguay. It now operates around 19 stores in the region, including in Venezuela and Mexico. Brazil’s Sephora stores and drugstores began selling Missha products from 2015.

Latin America is highly sought-after in Korea’s beauty world as the land of opportunity. There are still huge profits to be reaped, too, as few Korean companies have entered the market.

The beauty industry in Latin America is estimated at $59.7 billion, or a seventh of the global market size, according to the Korea Trade-Investment Promotion Agency. Brazil, where the market is worth $29.3 billion, accounts for some 49.1 percent of the industry in the region. Mexico’s cosmetics market trails behind at $8.4 billion.

The cosmetics market in Korea is considered to be worth $11.9 billion.

“More Korean companies are seeking to expand into Latin America as the region’s economy and interest in cosmetics grows,” explained an industry expert. “They are also trying to diversify the customer base as they continue to deal with repercussions from China following the Terminal High Altitude Area Defense deployment.”

Because Mexico has more lax regulations for importing makeup, Korean companies start their Latin American journey there to create networks and raise brand awareness before moving onto neighboring countries.

“There are many customers in Mexico who bring pictures of Korean idols like Red Velvet and BTS and ask for the makeup they’re wearing,” said Kim Jun-hee, who works for Tonymoly’s Mexican business. “Though people here used to be more interested in shades and colors when it came to makeup, now they are developing greater interest in foundation products as they find the fair complexion of K-pop idols desirable.”

Other local marketing strategies include focusing on all-in-one products - which are popular as a simple alternative to complex makeup application routines - and designing products with cute and attractive packaging for teenage customers, who make up a large section of the consumer base.

“In Latin America, Korean products are believed to be of high quality and reasonably-priced,” explained Lee Kwang-seob, who’s in charge of Able C&C’s overseas sales. “Because of its active economy, I expect Korean brands will eventually take a bigger share of the market.”