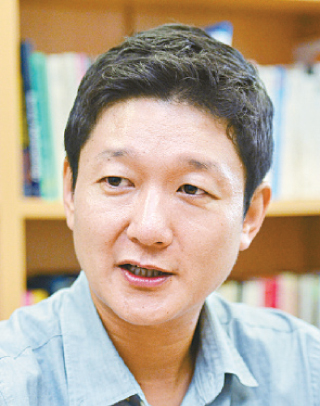 After the Ministry of Education predicted the number of elementary, middle and high school students would be 4.5 million in 2030, one expert accused it of inflating the number to avoid cuts in the number of teachers.

According to the ministry Monday, the total number of pre-college students for 2030 is expected to be about 4.5 million.

Seoul National University Health Sciences Prof. Cho Young-tae claimed the number should actually be 4.1 million and criticized the ministry’s methodology during an interview with the JoongAng Ilbo on Tuesday at his office in southern Seoul.

Cho specializes in population statistics and health demographics and is a board member of the Asian Population Association.

According to Cho, the estimated number of elementary to high school students should be 4.1 million in 12 years ? a 390,000 gap from the ministry’s calculations.

Cho based his calculations on population statistics, the plunging birth rate, and school enrollment and attendance stats for elementary, middle and high schools.

If the ministry cuts back on teachers to prepare for a decline in students, it would face a backlash from the Korean Federation of Teachers’ Association, the Korean Educational Development Institute and a lot of individuals aspiring to be teachers, said Cho. 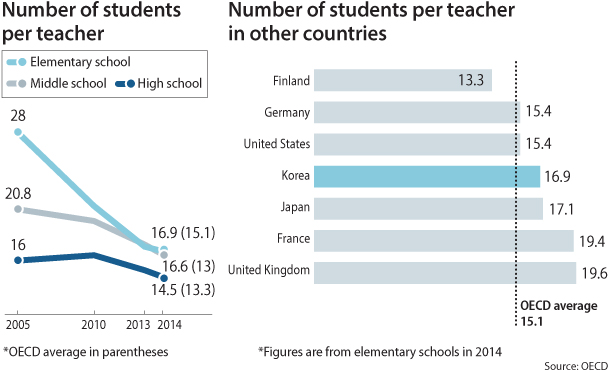 “It seems like the ministry wants to avoid pressure from these groups,” Cho said.

“The basic foundations for the calculations are off,” claimed Cho. “the ministry failed to take into consideration the plummeting birthrate and didn’t take into account important variables. These are rubbish calculations.”

In its long-term policies for education released Monday, authorities reported that the number of students would shrink from about 5.6 million this year to around 4.5 million in 2030, and each elementary school teacher would be responsible for about 15 kids. Each middle and high school teacher would be in charge of about 11 students.

Although the ministry has not released statistics on the number of teachers needed in the long run, Cho estimates that about 340,000 to 350,000 instructors will be employed, a drop of 30,000 to 40,000 from current levels.

“We based our data on the population figures from the Ministry of Safety and Interior, and data from a long-term population report by Statistics Korea in 2015,” explained Chang Mi-ran, head of the ministry’s School Innovation Policy Bureau. “We also used the numbers of students enrolled and their attendance over the past five years to calculate the total number of students in the future.”

Cho says the ministry shouldn’t use the projected population report for 2015 to 2045 released by Statistics Korea in 2016, which was based on the 2015 population census.

“If you follow the data from Statistics Korea,” said Cho, “the number of newborns should be just below 400,000 in 2030. But the number already fell to 350,000 last year. Because data used by the ministry was faulty, it’s no doubt that the estimated number of students in the future is also wrong.”

Cho pointed out another potential problem in calculations.

“Students who go abroad for their studies are still registered as Korean citizens, but they don’t actually live in Korea,” explained Cho. “When calculating the total number of students, organizations should always use data of the total number of people living in Korea.”

If the Education Ministry decides to cut back on teachers in the future, it would have to start decreasing the number of students studying for teaching degrees four years in advance.