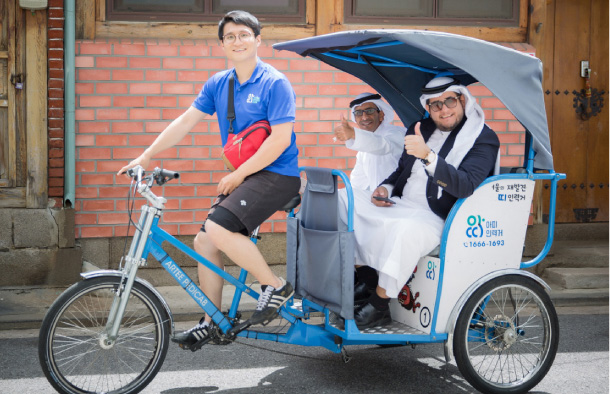 Journalists from the Middle East take a ride in a rickshaw at the Bukchon Hanok Village in Jongno District, central Seoul, on Monday. The Korea Tourism Organization invited seven journalists from five major media agencies in the Middle East, including the United Arab Emirates’ Al-Itthihad and Saudi Arabia’s Okaz, to introduce Korean culture to them. [KOREA TOURISM ORGANIZATION]