Chris Botti is ready for a good time : The American trumpeter is looking forward to this year’s Seoul Jazz Festival

Chris Botti is ready for a good time : The American trumpeter is looking forward to this year’s Seoul Jazz Festival 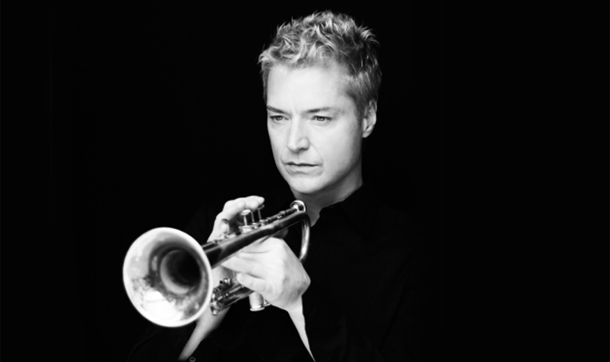 There’s only about 10 days left until the annual Seoul Jazz Festival energizes Olympic Park in eastern Seoul and jazz aficionados here have high expectations for the lineup of internationally celebrated musicians, ranging from Lauryn Hill and Maceo Parker on May 19 to Mamas Gun, Jessie J and Rhye on May 20, among others. American trumpeter and composer Chris Botti, is scheduled to take the stage on the first day, and he says he’s excited to return to Seoul and play for his Korean fans, who are “in the top five of my favorite international audiences I’ve ever performed for.”

Botti’s gigs are known to always satisfy crowds. The world’s top-selling jazz instrumentalist prioritizes interacting with the audience and makes sure that audiences leave feeling like they have gotten their money’s worth.

Prior to his show at Seoul Jazz Festival, the Korea JoongAng Daily chatted with Botti via email. The following are edited excerpts from the interview. 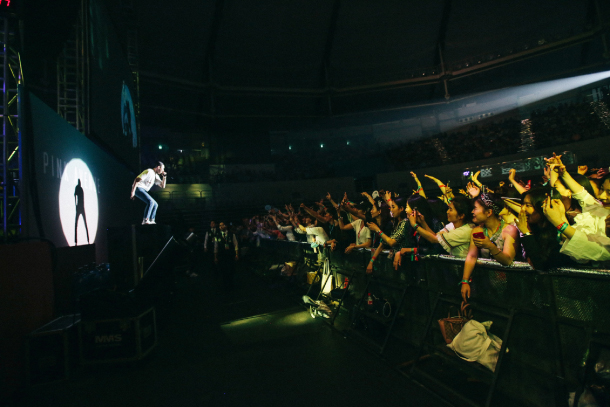 This year’s Seoul Jazz Festival kicks off on May 19 for two days at Olympic Park in eastern Seoul. This year’s lineup of international artists as well as local musicians from a range of genres has drawn praise from festivalgoers. Above, a crowd attends a show at the festival last year. [PRIVATE CURVE]

Q. What do you focus on most when preparing for a performance?

A. Well, I obsess about my show all day long because I want it to be musically entertaining and also musically “high end” for the fans. It’s incredibly important to me that we relate to them, that we’re open to them and that we accept them and are appreciative that they’re there. It’s not lost on me at all that we have fans that buy tickets, take a night off and come to the show. It means so much.

You seem to stress the importance of engaging the audience at all times, even when you are tuning your trumpet. Why?

I want the audience to be let in on what’s going on with our group and feel like they’re seeing something which they can’t go see next week at a bar or a club, arena, or whatever. That’s why we try to make it different and try to make it special. That’s a very, very big priority for me, to make sure the audience is having a good time. And by good time I mean to move emotions. We can all clap together, that’s easy. But to move someone’s emotions is a different sort of thing, and that’s what I’m trying to do.

What do you most enjoy about being a trumpet player?

I love being on the road. It gives me immense pride to go on stage with my incredible band but also the whole touring process of going on the plane, being with my band, hanging out with them. Being on the road, that’s where the fun is.

Have you ever felt sick of playing the trumpet?

Not at all. At a certain point, you’re committed to something to an extent that you would do anything, and I’ve always been that way since I was a kid. I was really committed to practicing music, very, very ambitious and dedicated as a young person to my trumpet, and so it was many hours a day, many, many hours a day that I practiced, and still do practice. I don’t really look at it as a profession. It’s my life and it’s been my life since I was nine and I feel very grateful for that. Every day I wake up and tour with my band and feel incredibly fortunate. I think that most musicians would feel the same way, very fortunate to be chosen by music to guide their lives.

How is the relationship between you and your trumpet now? How was it when you were younger? Has it changed?

No, I can’t say that it has changed much at all. As a child I was very focused on the trumpet and I was very ambitious growing up. I just basically forgot about everything else or did away with it. There’s a great quote from Joni Mitchell that said “Being a musician is 1 percent God-given talent and the other 99 percent insanity.” It’s really sort of a joke, I suppose, but it’s really true in a lot of ways. You have to be blinded by your own dedication.

What is the best compliment you can hear after a performance?

When I hear someone say, “Wow I had no idea it was going to be like this” or “I cried” or “I laughed,” those are really big compliments for me and it keeps me going on the road.

You said in an interview that a healthy dose of naivete is good for you. Can you elaborate on that?

I really believe that this is a common thread for anyone who has made it - that when you’re not making it, you don’t tell yourself “you’re not making it.” I always viewed every single little victory as a monumental accomplishment. For instance, if I was able to pay my rent that month, I felt like I won an Academy Award. So, I think you focus on putting one foot in front of the other and you don’t get too bogged down with not being a big solo artist at that point in your life and it makes the victory that much sweeter when it happens, for sure.