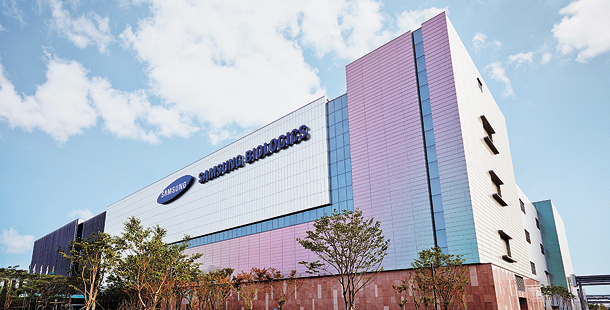 The country’s financial watchdog lacked key evidence to conclude that Samsung BioLogics deliberately overstated its profit and valuation prior to listing in 2015, according to an analysis of documents obtained by the JoongAng Ilbo.

In its preliminary ruling on May 1, the Financial Supervisory Service concluded that the pharmaceutical company breached accounting rules and passed its findings to the Financial Services Commission, which will make a final decision on the case.

The flashpoint of the dispute lies in BioLogics’ motivation to shift the status of Samsung Bioepis from subsidiary to affiliate in 2015. In the process, BioLogics changed the accounting standards applied to Bioepis, using market value instead of book value as previously done.

A civic group was the first to raise allegations that the change might have been made to inflate the value of BioLogics ahead of a planned market listing in 2016. The pharmaceutical company had suffered operating losses for four straight years but pulled off net profit of 1.9 trillion won ($1.7 billion) in 2015. Critics believe the upbeat performance was helped by the new accounting standard since the market-price valuation put Bioepis at 4.8 trillion won, lifting the loss to gains.

In its preliminary ruling, the Financial Supervisory Service said the valuation was inflated by 914.9 billion won. Samsung Bioepis refuted the result, saying the change was in line with global accounting rules. The International Financial Reporting Standards, the accounting standard used in Korea and more than 110 countries, allow a company to use a market-value assessment of an affiliate. 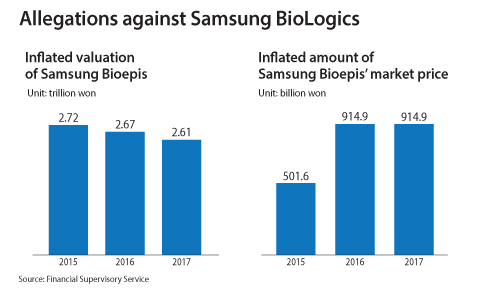 “Even before [Bioepis] got approval for its drugs under development, the company was valued at 4.8 trillion won,” said Yoon Ho-yeol, a director at Samsung BioLogics. “The profitability of Bioepis is based on evaluations from global consulting firms like McKinsey, so there is no problem with our accounting.”

As for the reason why BioLogics converted Bioepis’ status three years ago, BioLogics called it a pre-emptive measure against the possibility of Biogen exercising a call option to raise its stake in Bioepis.

Now, the decision goes to the Financial Services Commission. Choi Jong-ku, head of the financial regulator, said on Wednesday that BioLogics will have to defend itself against the Financial Supervisory Service during the commission’s review on May 17.

The procedure, called confrontation, rarely takes place between a company and regulator when the agenda item is a high-stakes issue. Each party will have time to make its case and refute the other’s, a departure from a typical session where a corporate party comes in after commissioners have discussed the case among themselves.

Choi on Wednesday stressed cooperation over separation between the two agencies to properly carry out financial oversight and reform.