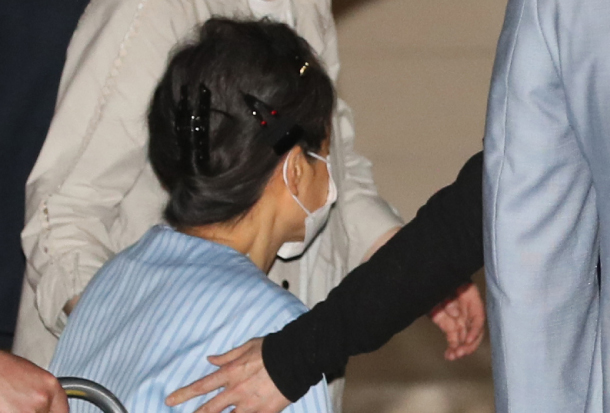 Former President Park Geun-hye, who is being held on corruption charges, visits a hospital in Seocho District, southern Seoul, on Wednesday for chronic back pain treatment. In April, a lower court sentenced Park to 24 years in prison, pending an appeal. The former president has been in solitary confinement at the Seoul Detention Center since she was arrested in March last year for corruption and bribery. She has visited the hospital a few times during her detention. In August and November, she underwent treatment for back and stomach pain. She has refused to appear in court since her arrest warrant was extended in October last year, claiming she is not being tried fairly. [YONHAP]