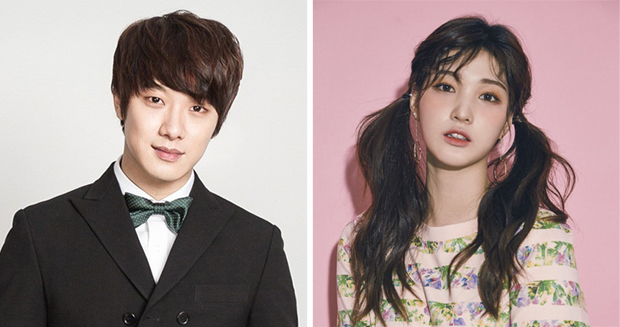 Choi Min-hwan, left, a drummer and vocalist with the five-member rock band FT Island, has announced his plan to marry his pregnant girlfriend Yulhee, a former member of girl group LaBoum.

In a handwritten letter posted on the website of his fan club on Wednesday, the 26-year-old Choi announced his marriage with Yulhee, who dropped out of the girl group in November last year.

“The wedding ceremony will be held on Oct. 19 after [my] wife has recovered [from childbirth],” Choi said, confirming speculations about the pregnancy.

“I am way too young and insufficient to become a father, but I am truly working hard to be a good, respectable father,” he said.

“As I decided to get married and prepare to become a father, the world looks very different from what it used to be,” he said of his personal feelings about the marriage and upcoming fatherhood.

“Each day is so precious and a moment to give thanks. My [new role] as the husband of one person and the father of a child has now become a new part of my life. We will live happily ever after,” he added.

The couple was first reported to be dating in September last year, and Yulhee quit her band two months later, about three years after LaBoum made its debut in 2014.

Since its debut in 2007, the five-member FT Island has been active both in Korea and Japan. Yonhap