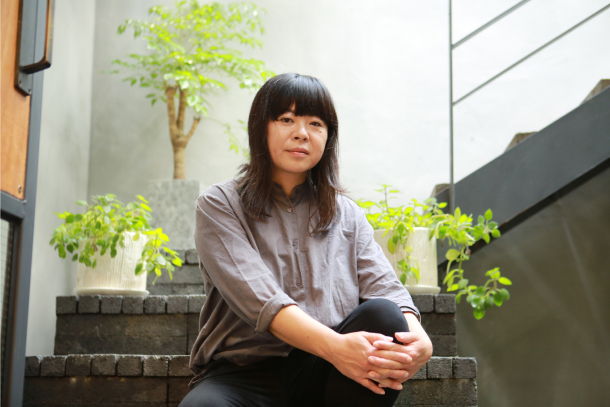 Malene Choi Jensen’s “The Return” explores the repercussions of overseas adoption, which grew following the end of the Korean War in 1953. [JEONJU International Film Festival]

Finding out who you are and being able to define yourself is a task that most people struggle with throughout their lives. Malene Choi Jensen’s latest film, “The Return,” which was screened at Jeonju International Film Festival in North Jeolla, showcases that struggle among international Korean adoptees whose identities have always been in limbo.

On Thursday evening, the film was awarded a special jury prize, worth 7 million won ($6,500).

Since the end of the Korean War in 1953, more than 200,000 infants have been adopted by families overseas. “The Return” explores the repercussions of adoption decades later.

Based on her personal experience, Jensen, who grew up in Denmark, unravels the journey of Korean adoptees that flew all the way to their motherland to find their biological parents. Featuring both actual adoptees she met in Seoul and several actors cast for the film, Jensen’s matter-of-fact fictional-documentary hybrid feature tracks the common feelings of emptiness that adoptees have felt and how life has changed (both for better and worse) for those who had found their birth parents.

Throughout the film, Jensen hints at the main protagonists’ feelings through repeated depictions of narrow spaces, including alleys and subways, to show their “mental landscape” and “a labyrinth” that mirrors their journey.

What first sparked Jensen to shed light on adoptees in the film was research she had learned about from a British academic that revealed the large amount of money that is involved in transnational adoption. 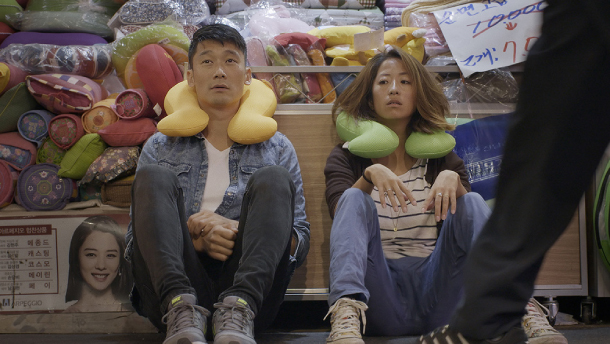 “The Return” revolves around Karoline, right, and Thomas from Denmark, who visit their motherland to look for their birth parents.

“I was so shocked upon hearing about the research because I never considered myself to have been trafficked,” Jensen told the Korea JoongAng Daily in an interview on Monday. “I had always been told that it is a great thing. After learning about the research, I had the intuition that transnational adoption is a much more complicated and complex social process than I had been told and what I had let myself to feel. So the journey started out of curiosity and indignation.”

But she had to wait until she reached her 30s to build up the confidence to head to Seoul. At first, she was too preoccupied with pursuing her education. But more importantly, she wanted to be strong before going on a trip that could change her life.

“I knew that I had to be strong to look at something that’s difficult to face. I first wanted to establish a settled life [in Denmark] so my trip to Korea doesn’t feel like an escape,” the director explained while reflecting on some adoptees who had difficulty recovering from bad experiences after they had “escaped” to Korea.

“The Return” follows Karoline (Karoline Sofie Lee) and Thomas (Thomas Hwan), both of whom mirror Jensen’s identity. After meeting at a guesthouse in Seoul, built to help international adoptees wanting to get in touch with their cultural roots, the two support each other in their efforts to find their birth parents in a series of frustrating failed attempts. Without sufficient information about their connection to Korea or much help from the local adoption agency, the two find themselves blocked from achieving their goal.

In one scene, an employee from the agency tells Karoline that she is “expecting too much” from her, and clarifies in a frustrated tone that she is not a “social worker.” These remarks are similar to what Jensen heard from an agency worker when she came to Korea for the first time in 2007 to look for her birth parents.

“I was told [by an agency worker] I was born in a city that I later found out doesn’t even exist … Part of the reason I stopped searching for my parents is due to the agency’s negligence,” Jensen said candidly.

But even those who find their biological parents don’t always feel that their lives have changed for the better, according to Jensen.

But whichever way, adoptees are often rejected, again. “Their existence is often hidden [by their birth parents]. Right before you are supposed to meet, the parent would call and say, ‘not now,’” she explained.

After hearing a variety of stories from adoptees and shaping them into a single movie, Jensen says that she now ironically feels more rooted to Denmark. To Jensen, this documentary felt like a long-delayed homework assignment she refused to face but eventually had to complete. And now that it’s done, she not only feels fulfilled for her achievement, (the film premiered to strong buzz at the International Film Festival Rotterdam in the Netherlands before competing for the Dragon Award in Goteborg, Sweden), but she also feels that she at least tried to fill up the sense of emptiness that had resided inside her heart.

“I’ve come to terms that I can never be a Korean [mainly] because of the Korean language. It would take me at least five years to reach [the level of a] university student, and I’d rather use my energy to do more films than learning the language,” Jensen said.

But when asked near the end of the interview if she might have thought differently had she found her birth parents, Jensen replied without hesitation, “yes.”