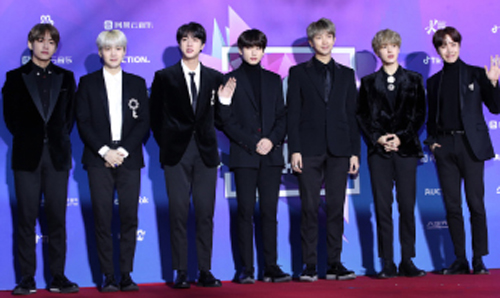 The third full-length BTS album in Japan, “Face Yourself,” has recently surpassed 250,000 copies in sales and won a certification from the Recording Industry Association of Japan, according to Big Hit Entertainment.

The record was released in Japan on April 4.

It is the fifth-highest of the association’s six-level record sales certification scale.

With its single released in May last year, “Blood Sweat & Tears,” the group first received platinum status before getting double platinum with another single, “MIC Drop/DNA/Crystal Snow,” which dropped in December. Double platinum is given to a record that sells more than 500,000 copies.

In Korea, the boy band is set to release its third full-length record, “Love Yourself: Tear,” on May 18 and stage its return show on the Mnet music channel on May 24. Yonhap