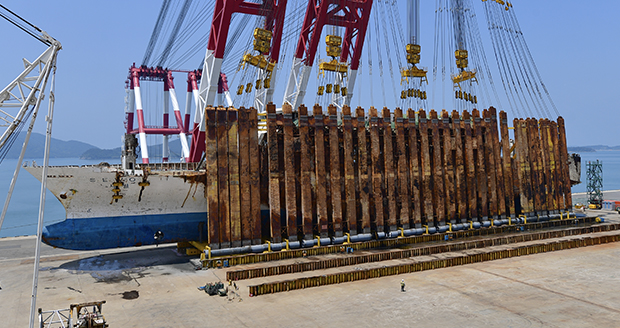 The Sewol ferry, which had been laid on its side at Mokpo New Port since it was salvaged in April last year, was set upright at the port in South Jeolla on Thursday, allowing investigators to reach previously inaccessible parts of the ferry and search for the remains of five passengers still counted as missing four years after the ship sank. [YONHAP]