SHIN KYUNG-JIN
*The author is a Beijing correspondent of the JoongAng Ilbo. 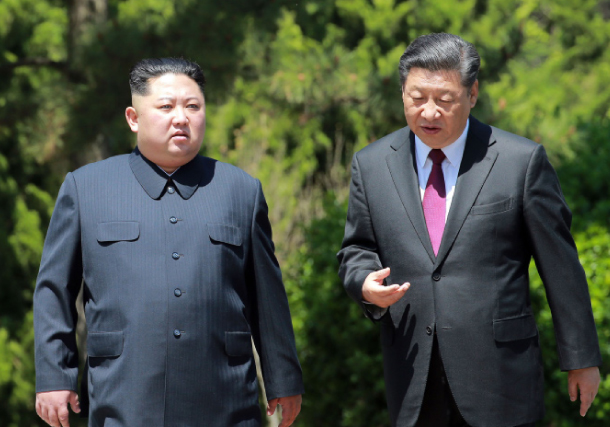 Why did Kim visit China again? I am convinced by an interpretation made by a Chinese scholar. He argued that the United States had possibly proposed a drastic compromise. His theory is that the United States may have suggested a reduction of U.S. Forces Korea and adjustment of the Korea-U.S. alliance to North Korea in exchange for the nuclear program, and North Korea thought it was beyond its sole discretion and asked China for strategic advice. China was frustrated at the “China passing” and welcomed the approach. It is what China ardently wished for but could not dare to ask.

The scholar added that it is possible that Pyongyang has no intention of fundamentally compromising on the nuclear issue. As the United States refused a meeting without an outcome, North Korea sought China’s cooperation to prevent military action by the United States and avoid economic sanctions in case the meeting falls apart.

A Chinese media outlet made an interesting interpretation. It considers the proposed three-party meeting of South Korea, North Korea and the United States in the Panmunjom Declaration to be a Pyongyang-led strategy of excluding China. Wang Yi, the Chinese foreign minister, was sent to Pyongyang to persuade Kim, and Japan was also persuaded. Xi had a telephone conversation with Japanese Prime Minister Shinzo Abe on May 4. Chinese Premier Li Keqiang presented Japan a pair of crested ibises. The smile diplomacy established a united front for China and Japan.

As the inter-Korean relations were resolved, Korea and the United States turned the North-U.S. axis. The North-China relationship has also normalized. Aftershocks of the terminal high altitude area defense (Thaad) deployment remain between Korea and China. On May 9, Premier Li asked President Moon Jae-in to handle the Thaad issue smoothly. The biggest contradiction among the six combinations is the U.S.-China relations, not the U.S.-North relationship. The trilateral alliance of South Korea, North Korea and the United States could leave China out. The nuclear issue could be a catalyst for a clash between an existing superpower and a new power.

North Korea overcame the China-Soviet discord in the past as the principal agent. Including the three and four-party relations, the Panmunjom Declaration could be a tactic to increase its value between Trump and Xi.

The peace declaration and agreement are two sides of a coin. The solution to create a new Northeast Asian order is a process of finding a balance, not a subtraction. Korea should not be bitter and welcome China’s return.