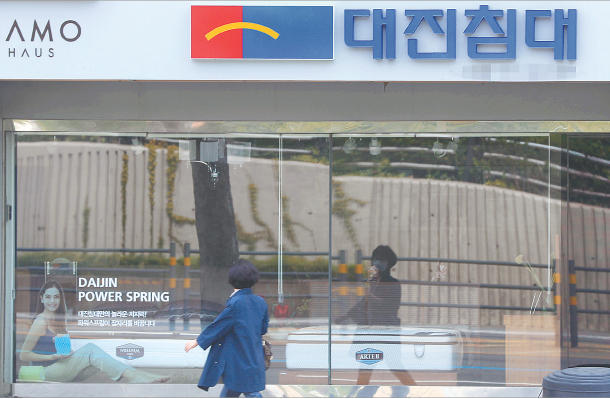 A woman passes a Daijin Bed store in Seoul on Friday. The bed company is currently embroiled in controversy after its mattresses were found to contain radioactive materials. Although the Nuclear Safety and Security Commission on May 4 announced that the level of radon found on the covers of mattresses that were manufactured in 2016 were not harmful, a new study found that the negative ion powder within the covers contained the mineral monazite, which has a high level of the radioactive element thorium, raising concerns among consumers. The company publicly apologized and recalled the four mattress models that were found to contain the radioactive materials on Thursday. Consumers, however, are already preparing to take legal action against Daijin Bed. [YONHAP]