‘I didn’t abandon you’

‘I didn’t abandon you’ 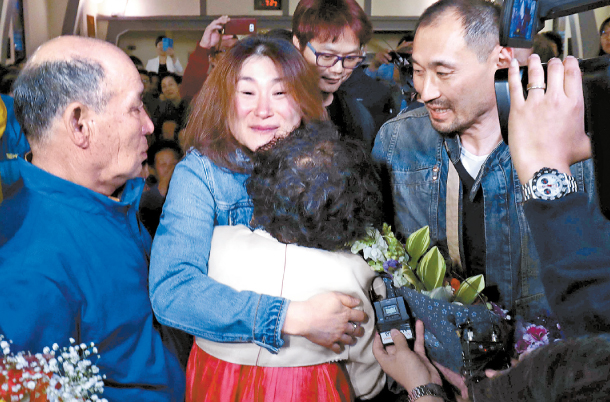 Anna-Laure Heuguet, whose Korean name is Kim Young-sook, center, hugs her birth mother, Yun Bok-soon, in front of a Catholic church in Dangjin, South Chungcheong, on May 5. Her brother Alexandre, whose Korean name is Kim Young-hoon, to her right, and their father Kim Won-jae, far left, stand beside them. The siblings have not seen their birth parents for 37 years. [KIM SUNG-TAE]

For 37 years, Alexandre and Anna-Laure Heuguet thought their birth parents had abandoned them.

The siblings were born in Seoul and adopted by a French family when Alexandre was 10 and Anna-Laure was 7. The circumstances behind their adoption were unclear until this January, when they discovered that their uncle, who had been caring for them, lost them at a bus station in Seoul and didn’t tell their birth parents before he passed away.

On May 5, when Korea celebrated Children’s Day, the Heuguet siblings reunited with their birth mother and father, Yun Bok-soon and Kim Won-jae, at a Catholic church in Dangjin, South Chungcheong.

“I didn’t abandon you,” Yun cried aloud as she hugged her daughter. “I wanted to earn more money so we could live together. Thank you so, so much for growing up healthy and living well.” 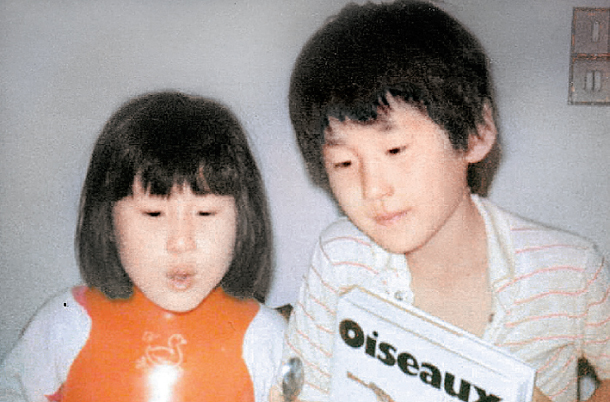 Anna-Laure Heuguet, left, and her brother Alexandre at their French parents’ house after their adoption. [South Chungcheong Provincial Police Agency]

When the translator conveyed Yun’s words in French, Anna-Laure broke down in tears. Alexandre took Kim’s hand and said, “Thank you.”
In 1981, Yun and Kim left their kids under the care of their grandparents in Asan, South Chungcheong, when they were going through a financially hard time in Seoul. After their grandparents suddenly passed away, the siblings were brought to their uncle, who lived nearby.

Soon after, their uncle decided to take them to visit their parents in Seoul as a surprise. But when they arrived at the busy bus terminal, the kids disappeared the second he took his eyes off them. He never found them.

The uncle returned to Asan with a heavy heart and never informed the parents, ashamed that he lost them under his watch. He passed away a year later, and the parents didn’t learn their kids were missing until the funeral. They reported the case to the police. Posters bearing the siblings’ pictures soon spread across the country, but they were never found.

Out of guilt, Yun and Kim vowed never to have any more kids.

A spark of hope came last July when the South Chungcheong Provincial Police Agency formed a special team to investigate missing children cases. Officers looked through the records of every elementary school in Asan to see when the siblings stopped attending school and found that Alexandre, then known as Kim Young-hoon, didn’t have records after July 1981.

They started an extensive search of 241 people with the same name and birthday, and poured through adoption papers across the country and abroad. When they stumbled upon documents showing the siblings were adopted by a French couple in February 1982, they emailed French-Korean organizations in France and requested their assistance to locate the pair.

Shin Geum-sub, a pastor in France, decided to help when he read the email. He located the former address of the siblings’ French parents and found that they were working at a bakery near the home.

After matching the siblings’ DNA with their parents’, police were able to reunite the family after 37 years.

The siblings stayed with their birth parents for a week before returning to France and said they would invite their parents to their adopted country when their passports are reissued.

“I’ve been a police officer for quite some time now,” said Park Sang-bok, a member of the investigative team that helped the Kim family, “and seeing this reunion makes everything feel worthwhile. I plan on investigating whether there are more cases like the Kim siblings.”