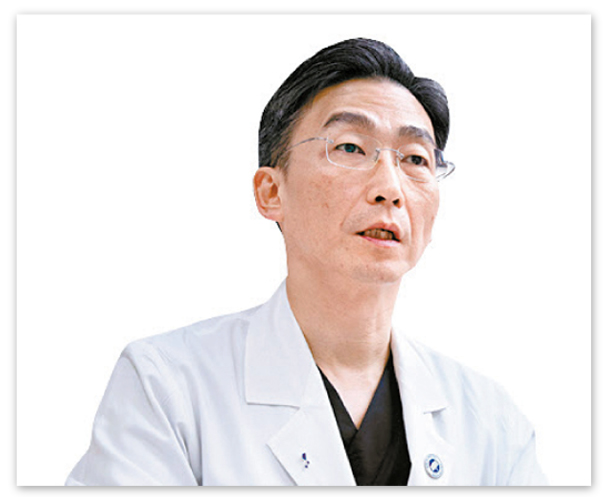 Dr. Lee Guk-jong, the doctor who saved the life of a freighter captain shot by Somalian pirates and the North Korean riddled with bullets while defecting at the demilitarized zone last November, is getting a chopper.

On Thursday, the Ministry of Health and Welfare selected Ajou University Hospital as the operating hub for medical helicopter coverage over Gyeonggi. Lee heads the hospital’s trauma center and has been asking for an air ambulance for over seven years.

Air ambulances, which are medically outfitted helicopters, are primarily designed to quickly ferry emergency patients to hospitals from areas not easily accessible by vehicles. They were first used in Korea in 2011 as a joint project between the Ministry of Health and Welfare, the National Medical Center and regional governments. Furnished with state of the art medical equipment, such as blood chemistry analyzers and ultrasound scanners, only six of these choppers are in operation nationally and Ajou’s will be the seventh.

Lee was instrumental in pushing the government in 2011 to set up trauma centers in hospitals nationwide. He has championed the use of air ambulances to expedite patient transport. In an interview with the Dong-A Ilbo in November 2017 after treating a North Korean soldier who was shot while defecting to the South through the Joint Security Area, Lee stressed the importance of transferring patients suffering from trauma within an hour, the so-called golden time that often determines whether the patient will survive.

Lee gained nationwide fame after treating the gunshot wounds of Seok Hae-gyun, captain of the freighter Samho Jewelry who was shot during a rescue mission after being held by Somali pirates in January 2011.

When the government initially designated two hospitals to operate air ambulances in September 2011, Ajou was not one of them. Instead, Dr. Lee had to reply on firefighting helicopters from the Gyeonggi Fire and Disaster Headquarters to transfer patients to his trauma center. Somewhere around 200 to 300 medical flights a year were conducted by these choppers, some even at night.

The JoongAng Ilbo interviewed Dr. Lee following the Health and Welfare Ministry’s decision to provide his hospital with an air ambulance on Thursday to ask him about his plans for its operation.

Q. You finally received an air ambulance after seven years. How do you feel?

A. Perhaps it is for the best that we were selected now rather than earlier. If we had received a helicopter, we might have only operated it during the day and would have gotten stuck in a rut. Our time working with firefighting choppers from the Gyeonggi Fire and Disaster Headquarters has given us the necessary experience to effectively operate the new air ambulance.


You’ve criticized the effectiveness of medical helicopters for not flying at night.

We intend to operate our air ambulance through a completely different paradigm from the others. Building from our past experience, we will make effective use of its advantages in mobility.


So, will you fly at night?

Of course. The air ambulance will also be staffed by rescue team members from the Gyeonggi Fire and Disaster Headquarters, making it the first of its kind. We will also be supplied with the necessary control, anchoring, electricity and fueling equipment necessary for night flights. The helicopter will be fueled at the Air Force 10th Fighter Wing headquarters near Ajou University Hospital, which will also provide us with simple maintenance and training. The Air Force’s cooperation was critical, and it was provided to us by Gen. Jeong Kyeong-doo, chairman of the Joint Chiefs of Staff. Gyeonggi Gov. Nam Kyung-pil, Gen. Jeong and Army Aviation Operations Cmdr. Heo Geon-yeong worked jointly to establish a new model for operating our air ambulance.


Will there also be new equipment installed?

Hoisters and floaters will be added. Hoisters are used by the crew to drop themselves to the ground, provide the patient with emergency care and then hoist the patient into the helicopter. My medical staff and I will be part of this crew. Floaters allow the air ambulance to land on water. Other medical and firefighting helicopters lacked this equipment and could not be easily operated above the sea. With these two features, I believe we can cover both mountainous terrain and maritime areas.


What is the full range of territory that can be covered with the helicopter?

The entire interior of the Korean Peninsula. We can also reach the five northwest islands and the southern part of the peninsula. Five of the original air ambulances do not fly at night, so our helicopter will take over their responsibilities during nighttime. If we fuel mid-mission at a military air base, we can even reach Jeju Island.


When will operations begin?

At the end of the year, after we have acquired the new helicopter model. I believe our air ambulance will be revolutionary. We will spearhead flying emergency care and strive to be a model for the air ambulance system worldwide.


Who will pilot these machines? Will the fire department choppers no longer be used?

A veteran pilot from the Gyeonggi Fire and Disaster Headquarters will join our crew. Our pilots are extremely experienced, having flown over 7,000 hours. The firefighting helicopters will be used if there are emergencies when our air ambulance is already in operation.


Are these helicopters of a different type from other medical choppers?

We had originally requested a larger model, but because the lease costs were too high, we opted for a mid-sized version. It’s halfway between the size of other, smaller air ambulances and bigger firefighting choppers.