At summit, a Westernized Kim on display

At summit, a Westernized Kim on display 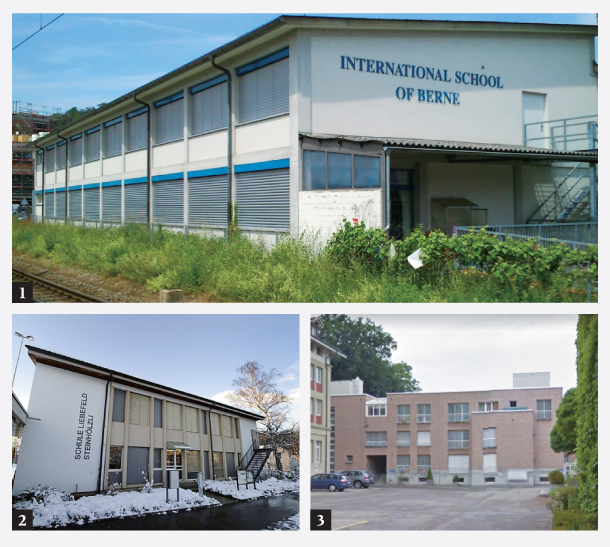 North Korean leader Kim Jong-un’s public appearance with the South Korean president last month revealed writing and speech patterns considered unorthodox by North Korean standards. Many analysts in the South were quick to explain the idiosyncrasies with his upbringing and early education in Switzerland. 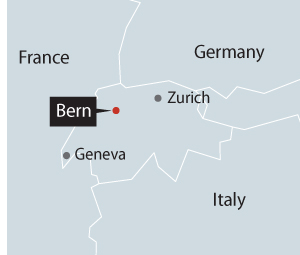 In the guestbook, for example, Kim wrote the summit’s date, April 27, with a line across the seven, a habit he might have picked up while studying in Europe. His North Korean accent was not as strong as those of other Pyongyang elites, and his vocabulary even had traces of South Korean vernacular.

His love of sport showed during the summit when he suggested to South Korean President Moon Jae-in that the two countries hold joint basketball tournaments and football games. “North Korea ranked high in basketball when Ri Myung-hoon, the tallest player in the world, was active,” Kim reportedly told Moon, “but since his retirement, we’ve declined. I hear South Korea has many players taller than two meters.”

The North Korean leader is an avid basketball fan. In 2013, he invited former NBA player Dennis Rodman to visit Pyongyang. Kim apparently fell in love with the sport during his days at the International School of Berne, an English-speaking private school. His maternal aunt, Ko Yong-suk, who defected to the United States with her husband Ri Gang in 1998, revealed in a rare interview with The Washington Post in May 2016 that she first arrived in Berne with Kim Jong-un’s older brother, Kim Jong-chol, in 1992. Kim Jong-un later joined them in 1996.

According to pictures from a school album, Kim Jong-chol apparently attended under the name Pak Chol. The school was only a seven-minute drive from the North Korean embassy in Switzerland. Kim Jong-un went under the name Pak Un and told classmates he was the son of a North Korean diplomat. In 1998, he transferred to nearby Liebefeld-Steinholzli, a public school that taught in German. His younger sister, Kim Yo-jong, also attended the school.

“We lived in a normal house and acted like a normal family,” Ko Yong-suk told The Washington Post. “I acted like their mother. I encouraged him to bring his friends home, because we wanted them to live a normal life. I made snacks for the kids. They ate cake and played with Legos.”

After Kim Jong-un’s mother, Ko Yong-hui, suggested he start playing basketball to get taller, Kim quickly became enamored with the sport. His aunt remembered how he used to fall asleep clutching his basketball.

One of Kim’s friends at Liebefeld-Steinholzli, Joao Micaelo, recalled in an interview with The Daily Beast in January that they often played basketball in the afternoons and spent hours watching NBA games on television. They also played basketball-themed video games on their PlayStation. According to Micaelo, Kim also enjoyed Jackie Chan and James Bond films and liked listening to North Korea’s national anthem.

The young child’s indulgence was apparently one of the reasons why his father, Kim Jong-il, decided to move him to a public school. His lackluster academic performance and high private school expenses also contributed to the decision.

In Berne, the Kims were steeped in Western culture. Their aunt even took them on a trip to Disneyland in Paris, according to The Washington Post. Her family albums are filled with pictures of Kim Jong-un skiing on the Alps, swimming in the Mediterranean and dining at a famous restaurant in Italy.

“His English was bad at first,” a classmate at the International School of Berne told the Daily Mail in December 2011. “He had a strong accent and he was given extra lessons. He also learned German and was O.K. in the basics of both - but just O.K. His English got better but not his German.”

Indeed after the summit, a South Korean government official remarked, “Kim Jong-un’s English skills were excellent, and he has shown he is quite capable of communicating freely with U.S. President Donald Trump.” Kim reportedly conversed with Rodman in English when the basketball player visited Pyongyang.

As a student, Kim excelled in mathematics but required supplementary lessons in other subjects, according to the classmate that the Daily Mail interviewed. The paper also reported that a pornographic magazine was found in Kim’s backpack during his days in public school.

He appeared to be more reserved in public and was shy around girls, Micaelo recalled. “On weekends there used to be parties where students often drank alcohol despite being underage,” he said. “Kim never touched a drop.”

“He wasn’t a troublemaker,” Kim’s aunt recalled, “but he was short-tempered and had a lack of tolerance. When his mother tried to tell him off for playing with these things too much and not studying enough, he wouldn’t talk back, but he would protest in other ways, like going on a hunger strike.”

Another classmate, Marco Imhof, recalled how Kim once reacted angrily when his family’s chef brought out a cold dish of spaghetti. “I was shocked at this outburst,” Imhof told The Telegraph in September 2010.

Even with a country as closed as North Korea, a Western education can influence the mind-set of its elites. Take Kim Han-sol, Kim Jong-un’s half-nephew, who attended an international school in Bosnia and once called his uncle a dictator in a 2012 interview on Finnish television. “I don’t really know how he became a dictator, because first of all, it was between him and my grandfather,” he said.

There is hope that Kim Jong-un’s education abroad may make him a different leader from his father. After learning that his childhood friend was in fact North Korea’s supreme leader, Micaelo told The Telegraph, “His time in our school was probably an important one for him, and hopefully he learned many things. I think he will be a bit cooler than his father.’’