‘Disneyland with the death penalty’

‘Disneyland with the death penalty’ 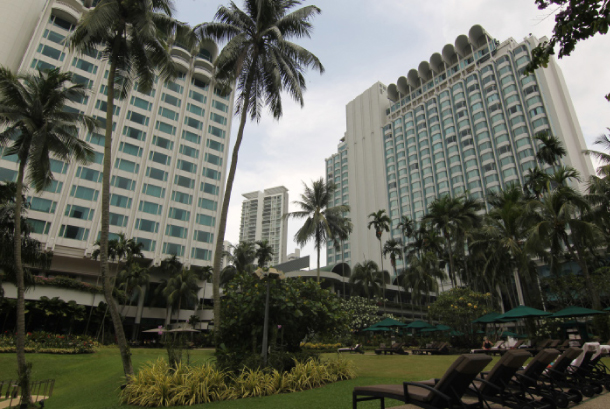 Last summer, the war of brothers broke out in Singapore over an old residence of the late Lee Kuan Yew, the first prime minister and founding father of Singapore. Lee died in 2015, and his will stated that the house should not become a memorial and should be demolished. But his eldest son and incumbent Prime Minister Lee Hsien Loong reportedly wanted to build a memorial, and his younger brother and sister protested.

Behind the dispute is the sensitive issue of third-generation power succession. The younger siblings suspect that Lee Hsien Loong is idolizing his father in an attempt to secure the transfer of power to his 31-year-old son Li Hongyi.

Skyscraper-lined Singapore may look different to North Korea, but their politics have something in common. They are both ruled by families. Lee’s wife Ho Ching is the CEO of Temasek Holdings, Singapore’s national wealth fund, and Hongyi, the son in question, oversees the Government Technology Agency under the Prime Minister’s Office. The siblings opposing the monument plan are also the head of the Civil Aviation Authority of Singapore and the director of the National Neuroscience Institute. That’s why foreign media call them the “First Family.”

While Lee Kuan Yew and Lee Hsien Loong’s power transfer is compared to Park Chung Hee and Park Geun-hye, they actually resemble Kim Il Sung and Kim Jong-il more. Park Geun-hye was out of the public eye for a while after Park Chung Hee was killed, but Kim Jong-il and Lee Hsien Loong were trained as heirs under their fathers. The third-generation succession and consequent discord among siblings is also reminiscent of North Korea. Singapore also has an oppressive system of tightly controlling people with capital punishment, lashings, severe fines and a virtual one-party system. A Western journalist called Singapore “Disneyland with the death penalty.”

As Singapore has been named as the site of the U.S.-North Korea summit, its relationship with North Korea is under the spotlight. The two countries are very close, and North Korea installed a trade office in Singapore three years before South Korea. Kim Jong-un’s aunt Kim Kyung-hee stayed in Singapore for rehabilitation from alcoholism.

Lee Kuan Yew may have praised Park Chung Hee, putting him on the same level as Deng Xiaoping and Shigeru Yoshida, but when Lee died, it was Pyongyang that sent a message of condolence, calling him “a close friend of the North Korean people.”

What North Korea is most concerned of is the survival of the ruling family and its political control. It is the reason why North Korea pursued nuclear development and changed the direction to talks. But the system cannot last if the people’s lives are ruined. I hope Kim Jong-un realizes that politics can be similar but economic paths can differ while visiting Singapore.