A dance festival for all to enjoy

A dance festival for all to enjoy 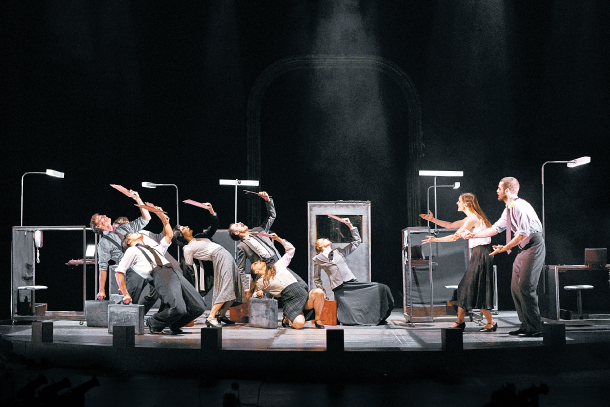 “The Wedding” by British company Gecko will open this year’s International Modern Dance Festival on May 17. [RICHARD HAUGHTON]

A modern dance performance may not be many people’s first choice when choosing a cultural event to attend on the weekend. But many dancers believe that’s because the general public is not as familiar with the genre as they should be. For those looking to learn more about dance, festivals like the upcoming International Modern Dance Festival, known as Modafe, would make a great introduction.

In its 37th year, the international dance festival has been trying in recent years to include the public in their annual celebration. Organizers are eager to invite the public right into the center of this year’s festival titled, “Cheer, your dance, your life!” which kicks off May 17.

Modafe is also planning a program titled “M.O.S.” - Modafe Off Stage. The event invites anyone interested to participate on May 26. Modafe will pick dancers among applicants and form six teams who will practice together and later perform as the opening act at performance held in Marronnier Park in Daehangno, central Seoul.

The second act will consist of 20 locals who will perform to four different songs. One performance will be for participants looking to learn about their body and dance best suited for them. All of the dancers picked will practice together in a workshop with choreographers before May 26.

Meanwhile, other regular modern dance programs for this year’s festival have been prepared to focus on people recovering from restless days. There will be diverse acts throughout the festival, choreographed by dancers from 26 different organizations in five different countries.

Gecko, one of Britain’s most prominent physical theater companies, directed by Amit Lahav, will be staging “The Wedding” at 8 p.m. at the Arko Arts Theater in central Seoul on May 17 and 18.

The dance depicts the struggle people face with the complexities of human nature by portraying people as brides wedded to society.

The 10-day festival will be a mix of both local and foreign performances, and on May 20, there will also be collaborative shows by two Korean companies that worked with companies from the United States and the United Kingdom.

One collaboration is between local choreographer Park Na-hoon’s team of dancers and the American ODC Dance Company. Their act is titled “One Long Breath.” The other performance will be titled “Ordinary Stranger,” and it is co-choreographed by Kim Kyung-shin and the British choreographers Dickson MBI and Saju Hari.

“This year, I hope to see more people participating and dancing at the festival,” said Kim Hye-jeong, the chairman of Modafe. She added, “I hope that people will find joy through this year’s festival.”

For more information about tickets and the programs, visit www.modafe.org.