Capturing conflict in a different light

Capturing conflict in a different light 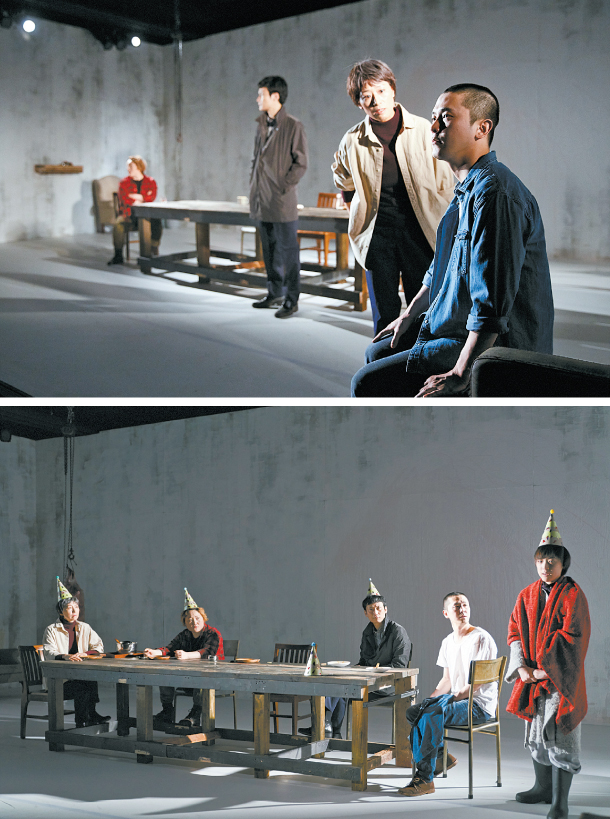 The play “Grain in the Blood” by British playwright Rob Drummond is being staged until June 2 at the Doosan Art Center in central Seoul. Directed by Jun In-chul, the play tells the tale of a rural family torn by sacrifice, guilt and anger and uses live projection and dramatic lighting throughout the performance. [DOOSAN ART CENTER]

The classic ethical dilemma of choosing to crash into one person with a trolley to save five people or vice versa is a complicated question for many. It may be easier to make this decision if the five people on the track were mass murderers or if the person standing alone were a pedophile. But still, this decision cannot be treated as trivial, as it deals with human life.

This very situation is the main theme of playwright Rob Drummond’s “Grain in the Blood,” which was first staged in the United Kingdom in 2016.

A Korean version of the play, directed by Jun In-chul, will run to June 2 at the Doosan Art Center’s Space 111. Using elements of conflict, ethnics and religion, this performance tells the story of a rural family torn by sacrifice, guilt and anger.

The play opens with a veterinarian named Sophia negotiating with a parole officer to let her son Isaac, who was jailed for murder, return home to their remote farm. It’s obvious that the family is anxious for Isaac to return, since he is the only one who can save his sick daughter Autumn, who is suffering from cancer. However, after Isaac arrives for the weekend, the family doesn’t seem to be thrilled. Violet, a farmer who is not related to the family, clearly loathes Isaac, as he is responsible for killing her sister. Despite the family’s feelings towards Isaac, they are cautious around him, as he can save Autumn by donating his kidney.

What’s unique about this play is the use of live projection. Autumn is a sick but feisty 12-year-old girl, who at the same time is the narrator of this family tragedy. By using a video camera, Autumn shows the audience her room.

Another interesting element is the lighting. Unlike other plays, where lighting is used to highlight certain objects or actors, the lighting is generally dark, reflecting the tension among the characters. Additionally, the agonizing neighing of a horse is frequently heard, highlighting the unsteady mood.

Ultimately, the performance ends by throwing the trolley dilemma to the audience. “Sometimes, enforcing the values and beliefs that I think are right to others can be seen as violence. Ultimately, the conflict at the end exemplifies the moral dilemma [of making the right choice],” said Jun.