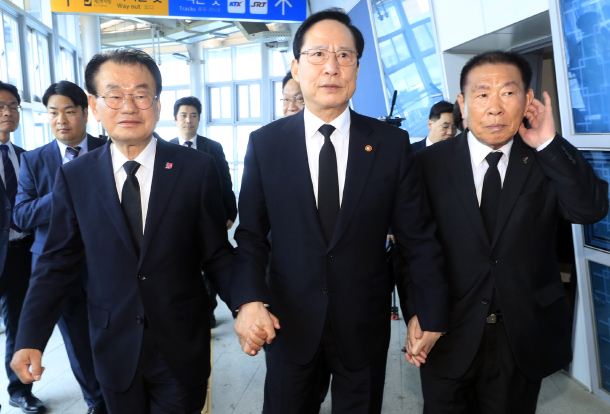 Defense Minister Song Young-moo, center, holds hands with members of May 18 memorial groups after hearing their demands for the resignation of vice-minister Seo Ju-seok. May 18 was the date of the Gwangju massacre in 1980, in which paratroopers on the orders of the military government under former President Chun Doo Hwan brutally cracked down on pro-democracy rallies on the streets of Gwangju, killing hundreds of people. Seo was a member of a committee formed by the Defense Ministry in 1988 to silence the families of May 18 victims. Song was set to pay his respects at the May 18th Memorial Cemetery, but canceled his visit due to protests. [YONHAP]