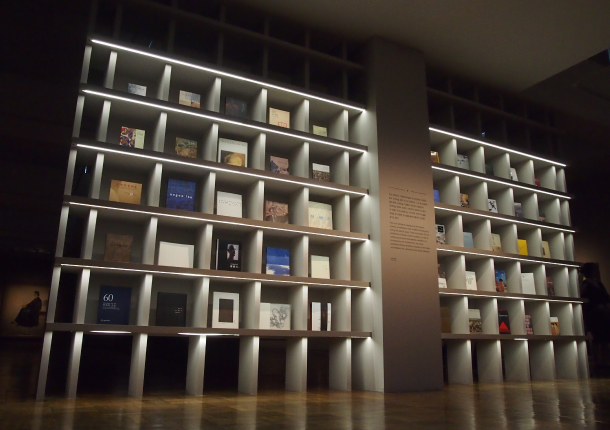 Information books on previous exhibitions held at MMCA Deoksugung are on display at the “Birth of the Modern Art Museum” exhibition, which looks back at the history of the museum. [YOON SO-YEON]

Situated in the northern corner of Deoksu Palace in central Seoul, the Museum of Modern and Contemporary Art (MMCA) Deoksugung is a stone building that sits next to Seokjojeon, a larger stone building constructed in 1910 as the first Renaissance-style stone building built in Korea. What stands as MMCA Deoksugung now was built 28 years later, as the nation’s first fine arts museum called “Yi Royal Family Museum of Art,” and mostly displayed works by contemporary Japanese artists. 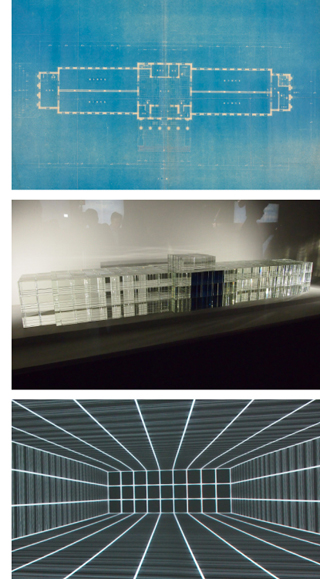 Clockwise from top left: A blueprint of the MMCA Deoksugung building by Nakamura Yoshihei is on display. “A Model for Mathematical Analysis of MMCA Deoksugung,” which is made out of glass, shows how the building has been built based on the number three. “Architecture Infinite Proliferating Geometry” by Hah Te-soc is a video art piece at the end of the exhibition. [MMCA, YOON SO-YEON]

After Japanese colonial rule ended in 1945, the museum was run by many different state-run organizations such as the National Museum of Korea. The museum came under the supervision of MMCA in 1998, becoming MMCA Deoksugung that December. To celebrate the 80th birthday of the building and its 20th year as MMCA Deoksugung, the museum is taking a look back at the history of the building and the history of the exhibits it has put on, with “Birth of the Modern Art Museum - Art and Architecture of MMCA Deoksugung,” an exhibition that will be held through Oct. 14.

Designed by Japanese architect Nakamura Yoshihei (1880-1963), the museum served in its early years as a hub of art not for Korean artists, but to promote advanced Japanese culture during colonial rule. Though it may have been used to deride the Korean artistic talent, MMCA takes the chance to honor the building as the nation’s first fine art museum, which was built under strict mathematical principles, unlike other Korean buildings of that time.

“The idea of space came with the advent of modernism,” said Prof. Kim Jong-hun of the department of architecture at Pai Chai University. “We do not have many buildings in Korea that show the modern idea of space, but this [museum] has interpreted and presented a space that’s based solely on numbers, where everything is based on the multiples of the number three.”

The exhibition takes place across five sections: the first section focusing on the architectural value of MMCA Deoksugung, and the other four highlighting the museum’s efforts to bring together valuable works of Korean modern art from different eras. Since transforming itself into MMCA Deoksugung, it has since put on numerous exhibits that look back at the history of modern art in Korea and shed light on Korean artists that had been shadowed in the past, an overview of which takes place in the rest of the exhibition. 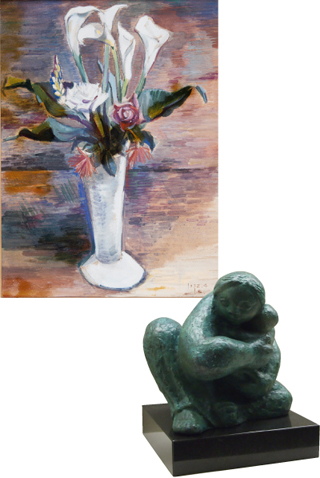 The first section displays actual blueprints and records of the building’s design that were used during the construction of the building from 1936 to 1937. Out of a total of 429 blueprints and related documents filled out by Nakamura that were found at the National Palace Museum of Korea, and 217 prints at Hamamatsu Municipal Chuo Library in Japan, only those related to the construction of building are on display. Each document is being displayed for the first time.

A special section named “Architecture Infinite Proliferating Geometry” by Hah Te-soc is a video that demonstrates a geometrical representation of the museum’s structure, created for this exhibition.

“This exhibition is a look into the historical and aesthetic value of the museum,” said Bartomeu Mari, director of MMCA. “It’s also the chance to realize the fundamental idea of the museum that was not realized at that time. We wish to highlight the value of the Deoksugung building, which is monumental in itself.”