Iran is not North Korea

Iran is not North Korea 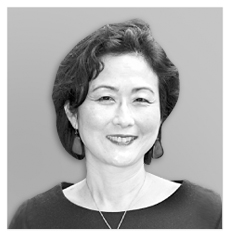 Katharine H.S. Moon
*The author is a political science professor at Wellesley College and a non-resident senior fellow at the Brookings Institution.

The Trump administration no doubt hopes the North Koreans will shake with fear and come to the negotiating table with full transparency and obedience to Washington’s will now that the United States has withdrawn from the Iran nuclear deal. But the White House is confusing Iran with North Korea and ignoring geopolitical differences between the two countries and regions.

Unlike Iran, North Korea is a nuclear state with a complement of missiles — short-range, mid-range, cruise and ICBM — and between 20 to 60 nuclear warheads. The stakes are much higher if the United States fails at diplomacy with North Korea, since buying time to stall its nuclear advancement has failed. Moreover, North Koreans already experienced the mercurial nature of U.S. leadership and political partisanship: the Agreed Framework of 1994, which was aimed at freezing, and thereby slowing, militarized nuclear capability (similar to the Jcpoa), was abandoned by the George W. Bush administration amid Congressional infighting.

Also unlike Iran, where Supreme Leader Ayatollah Ali Khamenei did not see the Jcpoa as part of a broader diplomatic initiative, the North’s Kim Jong-un is initiating the move toward denuclearization and actively directing multilateral diplomacy toward that end with South Korea, China, Russia, Japan and the United States. Iran has had religious hardliners and reformists vying for influence on domestic and foreign policy, but the North Korean regime is more consistent in ideology, hostile rhetoric and diplomacy. They will be vigilant about preventing any deal that allows Washington to back-pedal or renege.

Those who worry the administration’s break with the Jcpoa sends the wrong signals to Pyongyang on the eve of a first-ever meeting between the leaders of both countries overstate the impact of the U.S. withdrawal. North Korean officials will not have been surprised that the White House did an about-face on the Iran deal given Trump’s previous decisions, like the U.S. withdrawal from the 2015 Paris Climate Accord, which was signed by nearly 200 countries, and from the Trans-Pacific Partnership, which Washington had initiated and led. Additionally, Trump has threatened to forgo or diminish the United States’ over-50-year-long military alliances with Japan and South Korea.

In addition, the Middle East is divided over Iran, while the East Asia region is coherent in its support for U.S.-North Korea diplomacy. South Korea, historically the most immediate and vulnerable target of the North’s animus, has become its primary supporter for ending hostilities and making peace. South Korean President Moon Jae-in stands in stark contrast to Prime Minister Benjamin Netanyahu of Israel, Iran’s sworn enemy. The former is putting all his political capital and legacy into facilitating the best nuclear deal possible that can in turn facilitate further improvement in inter-Korean relations. The latter has been working tirelessly to pull Washington away from any diplomatic equilibrium with Iran, especially the Jcpoa. Both Israel and South Korea are long-time allies of the United States, but Netanyahu would prefer to fight or destroy Iran and its proxies whereas Moon prefers peace and prosperity for the North.

The other major Asian powers — China, Russia and Japan — all are seeking diplomatic engagement with the North. Kim and China’s Xi Jinping met in Dalian, China, on May 7 and 8 to discuss Kim’s upcoming meeting with Trump and to demonstrate Beijing-Pyongyang solidarity. The two leaders had just met for the first time in April.

Even Japan, which has been the Asian state most wary of North Korea, is considering a summit meeting between Prime Minister Shinzo Abe and Kim. Moreover, Southeast Asian countries have been engaging in business relations with North Korea for some time and would welcome diplomacy that reduces or eliminates the numerous sanctions that have slowed down their own deal-making with North Koreans.

The differences between Iran and North Korea are clear. But there are two similarities that deserve attention. One involves a part of Trump’s domestic political base. Christian Zionists, mostly pro-Israel white evangelicals who believe the biblical notion of Jews as the chosen people, pushed hard against the Iran deal during and after the negotiations. This group of evangelicals might oppose peacemaking with Kim because it views North Korea as an ungodly place for its human rights abuses and opposition to religious freedom. But perhaps Christian Zionists might be swayed by the potential to “save” 25 million souls in the North should the country open itself up.

The other similarity is that the leaders of Iran and North Korea are proud, tough and do not shy away from a fight. Former Iranian diplomat Seyed Hossein Mousavian wrote recently that “the modus operandi of Iranian leaders when it comes to addressing pressure is to become inflexible, steadfast and retaliatory.” The same can be said of the Kim regime. If the Trump team doesn’t play its cards right, we could end up with more of the war rhetoric — and even military actions — that dominated the Korean Peninsula in 2017.