Those who don’t study history…

Those who don’t study history… 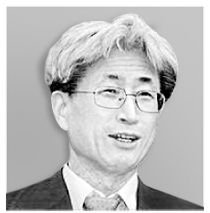 Bok Geo-il
*The author is a novelist.

In January 1943, World War II was going favorably for the Allies. William Bullitt, who previously served as the United States’ ambassador to the Soviet Union, delivered a confidential report to President Franklin Roosevelt, who was designing a postwar relationship with the Soviets and wanted advice from the former diplomat.

In the report, Bullitt expressed skepticism about the relationship. He argued that cooperation with a communist country was essentially impossible and Joseph Stalin could not be trusted. They were on the same side during the war, but he projected that the Soviets would soon threaten the free world.

Bullitt didn’t always hold this view. When he became the first U.S. ambassador to the Soviet Union in 1933, he maintained a noninterventionist stance since Roosevelt was generous to communism. But Bullitt’s views on the ideology changed after seeing the routine torture, executions and widespread fear in the Soviet Union.

In his report to FDR, Bullitt said Stalin betrayed the international community’s trust and broke promises with the United States. Stalin, he argued, gave Germany a chance to start World War II by signing a nonaggression pact that divided Poland for Germany and the Soviets, and annexed three Baltic nations.

After Bullitt’s briefing, Roosevelt admitted that the facts on the report were accurate and logical, but he was still optimistic about a relationship with Stalin. “I think that if I give him everything that I possibly can and ask nothing from him in return, noblesse oblige, he won’t try to annex anything and will work for a world of democracy and peace.”

According to the history books, Bullitt advised FDR that when he talked of noblesse oblige, he was not speaking of the Duke of Norfolk but of a “Caucasian bandit” whose only thought when he got something for nothing was how much he made a sucker of the other guy. The caustic Bullitt was making a dig at Stalin’s Georgian roots.

But Roosevelt was not convinced because he had the illusion that Stalin was not evil by nature. He also believed he could persuade Stalin with his charm. He called Stalin “Uncle Joe” and spread the image of a friendly neighbor. Film and media companies eagerly participated in this foolish and dangerous work of making American citizens love a dictator whose policies destroyed the largest number of lives in human history. One article compared the Soviets’ secret police to the FBI, and Time Magazine selected Stalin as person of the year.

Roosevelt trusted and employed many suspected Soviet spies. He was warned multiple times about one such individual, Alger Hiss, but got angry and asked why being a communist was a bad thing. The alleged spies influenced policies, making them favorable toward the Soviet Union, and tipped off the Soviet intelligence agency on U.S. negotiation strategies.

At the Yalta Conference, Stalin got everything he wanted, and Roosevelt never mentioned “human rights” in front of him. In the infamous pact, the most problematic clause was allowing the mobilization of Germans into forced labor as reparations to the Soviet Union. The U.S. Department of State protested against what was essentially slave labor, calling it inhumane and illegal, but Roosevelt accepted Stalin’s demand.

The Soviets also demanded repatriation of their citizens who cooperated with Nazi Germany and soldiers who were captured as prisoners of war. Their lives were at risk when they were sent back, but Roosevelt allowed it. Two million Soviets were repatriated, and they were summarily executed or sent to concentration camps. FDR must have been ashamed of this because he kept the file sealed for 50 years.

The British astronomer Fred Hoyle once said that in order to learn lessons from history, you have to find an incident with the closest external conditions. The case that best resembles Korea’s current situation is how Roosevelt allowed himself to be played by Stalin.

Ironically, Roosevelt himself left a lesson that Korea should now ruminate on. Fifteen days after returning from Yalta, he told his confidant, “We can’t do business with Stalin. He has broken every one of the promises he made at Yalta.” But there was nothing FDR could do. A month later, he passed away, leaving behind the legacy of a Soviet Russia far more threatening than Nazi Germany.

Sometimes, you have to trust a man you cannot trust, but you must never forget that he is untrustworthy. After all, those who can deceive themselves can be easily tricked by others.