‘Lineage M’ gets update ahead of global launch

‘Lineage M’ gets update ahead of global launch 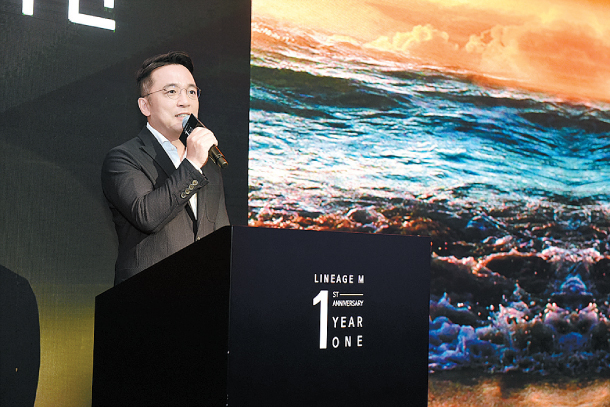 NCsoft CEO Kim Taek-jin speaks to the press at Lineage M’s one-year celebration at a convention center in southern Seoul on Tuesday. [NCSOFT]

NCsoft, an online game maker, will showcase the new version of its mobile mega-hit game, “Lineage M,” before its global launch, the company’s chief said Tuesday.

“Lineage M” - bringing the original “Lineage” title to the mobile platform - has become the most popular app both on the Google Play Store and Apple’s App Store since its launch in 2017 in several countries, including South Korea and Taiwan.

“‘Lineage M’ is aiming for a global launch, extending beyond some countries,” CEO Kim Taek-jin told reporters in Seoul as “Lineage M” celebrated its one-year anniversary. “A totally different game is in the development process and is likely to be showcased sometime soon.”

“Lineage M” plans to update to feature a very high degree of visual resolution. NCsoft said it will also update the game’s story to add indigenous characters only for “Lineage M,” unseen in “Lineage.”

As for “Lineage,” which celebrates its 20th anniversary this year, NCsoft said it is in the process of developing a new version with details to be announced this summer.