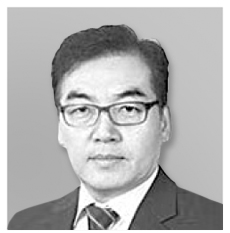 Kim Young-hoon
*The author is a senior researcher at the Korea Rural Economic Institute.

Our ancestors called the Korean landscape “as beautiful as embroidered silk,” but after two wars, the praise seemed hardly appropriate when the peninsula’s mountains were bombed bare. Today, thick trees have made the landscape beautiful again. Every spring, we enjoy well-maintained forests full of evergreen trees and fresh leaves.

But in North Korea, the mountains are still barren. The landscape is actually worsening, as those who have visited North Korea can attest to the country’s bare mountains and steep fields. They also mention an unwelcoming scene on the way to Mount Kumgang. In North Korea’s mountains and fields, the topsoil is lost and rocks are exposed.

The North is known for its national campaigns. Even during the economic crisis of the 1990s, there were no reports of forest devastation in North Korea. But as the country’s economic troubles worsened, the forests were the first to be sacrificed. A fuel shortage led farmers to start cutting down trees in nearby mountains. The sites of former forests were either abandoned or reclaimed for farming.

Imagine more than eight million farmers leading this lifestyle for nearly a generation, and you can easily picture the scope of forest devastation in the North. In 2008, the Korea Forest Service in the South conducted a study and found that 2.84 million hectares (7 million acres) — 32 percent of North Korea’s forests — had been destroyed. In the past 10 years, the size of devastation must have increased.

Experts warn that deforestation will harm the ecosystem and environment. We understand the social and economic hardship that North Koreans are going through — and the environmental impact that their response is having. The devastation of forests, poor crops and frequent natural disasters are followed by secondary and tertiary environmental damage. This vicious cycle has become routine for North Koreans, and someday, we, too, might have to deal with this problem if the cycle is left unsolved.

The situation cannot be resolved all at once. For a long time, some international organizations and civic groups have assisted with reforestation in North Korea, but the task is a challenge. The country’s barren forests are too large and vast. North Korea does not have the ability to tackle the problem on its own, and current levels of outside support are not enough. A big push from the international community is needed. Among experts, this idea is quickly gaining momentum.

Right on time, the South Korean government has begun to officially respond. After the leaders of South and North Korea signed the Panmunjom Declaration on April 27, Seoul formed a committee to enforce the points of the declaration. After the committee’s first meeting, a Blue House spokesman announced the creation of a task force to study forests on both sides of the Korean border. This cooperation is the first follow-up measure that is not explicitly stated in the declaration. The plan reminds us of the importance and urgency in collaborating on forestation.

Experts support the South Korean government’s will to help North Korea’s reforestation efforts. Despite sanctions, the international community does not mind such a plan being reviewed before denuclearization because reforestation is a humanitarian issue. While it is now being passively encouraged at the moment, cooperation on reforestation needs to be actively supported and promoted.

The social, economic and environmental damage on North Korea and its mountains and fields should not be neglected anymore. South Korea needs to openly ask for support and participation in North Korea’s reforestation efforts. Our country has valuable experience from successfully restoring its forests during the 1960s and ’70s. We are confident that we can bring another success case if we try now.

One thing to remember in the preparation is that we were able to successfully restore our forests because we had sufficient food and fuel. For meaningful outcomes in inter-Korean forestation cooperation, support and participation in other areas is necessary.