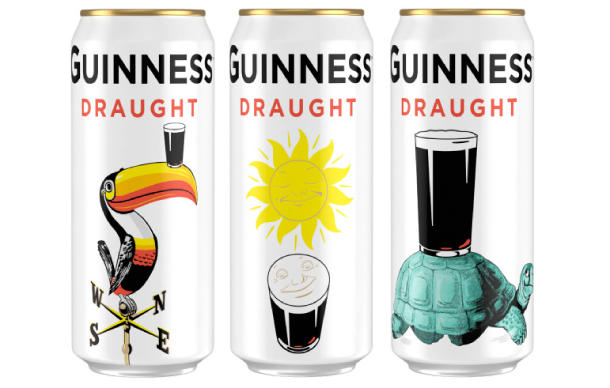 Guinness’ iconic black beer can just got a makeover.

A special edition of the Irish beer is being launched in Korea with white cans.

The company’s local distributor, Diageo Korea, announced Wednesday that it will start sales of the Guinness Gilroy Edition.

The three variations of Guinness cans are decorated with the drawing of English designer John Gilroy (1898-1985) on a white background.

The series was introduced to celebrate Gilroy’s 120th birthday.

He was responsible for Guinness’ popular advertising posters that showed animals with humorous taglines like “My Goodness, My Guinness.” For more than three decades, starting in the 1930s, his work was used in more than 100 prints ads and 50 posters for the brand.

“Black is a symbol for Guinness, and it’s very rare to release an edition in white,” a company spokesman said. “The aim was to emphasize Gilroy’s character and his contribution to Guinness’ most legendary ads.”