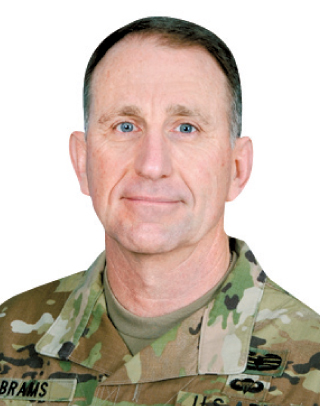 The Donald Trump administration is expected to name Robert B. Abrams, a four-star Army general, as the new U.S. Forces Korea commander, according to a diplomatic source Wednesday.

Abrams will replace Gen. Vincent Brooks, who will leave his post as commander of United States Forces Korea (USFK) possibly as early as this summer. An official announcement naming Abrams, currently commander of the U.S. Army Forces Command, as the new head of the USFK is expected to come at a later date, and the replacement is expected to take place in July or August.

The White House is also expected to soon officially name four-star Adm. Harry Harris, the outgoing chief of the U.S. Pacific Command, as ambassador to Seoul, a long-vacant position. A diplomatic source well informed on the matter told the JoongAng Ilbo, “The duo of Harris, a four-star Navy admiral, and Abrams, a four-star Army general, stand at the front line in the case of any problems arising amid the rapidly changing situation on the Korean Peninsula.”

Their appointments would complete the Trump administration’s reshuffling of the diplomatic and security lineup over the Korean Peninsula. Abrams, 57, is the son of a 1950-53 Korean War veteran, Gen. Creighton W. Abrams Jr., a former Army chief of staff and commander in Vietnam who is known for legendary exploits in World War II. His two brothers are also in the military.

Abrams was born in 1960 in Germany and has spent more than 30 years in active service. A graduate of the United States Military Academy, Abrams received a master of science degree from Central Michigan University and a master of strategic studies degree from the United States Army War College. He has led units in countries including Saudi Arabia, Kuwait, Iraq and Afghanistan.

Abrams also previously served as a senior military assistant to the secretary of defense and a strategic war planner for the chairman of the Joint Chiefs of Staff. He became the 22nd chief of United States Army Forces Command in 2015, commanding some 229,000 active duty soldiers. The Army Forces Command includes some 776,000 soldiers and 96,000 civilians.

Harris had been picked to be U.S. ambassador to Australia in February, but the White House later said he would be reassigned.

Brooks served as commander of the USFK, United Nations Command and the South Korea-U.S. Combined Forces Command since April 30, 2016. USFK commanders usually serve in the post for two to three years.