Inside the chat room of Druking’s gang

Inside the chat room of Druking’s gang 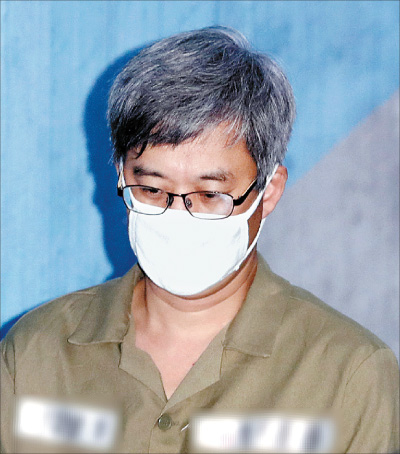 A power blogger known online as Druking and his associates face allegations that they engaged in a systematic campaign during last year’s presidential election to sway public opinion in favor of President Moon Jae-in by manipulating the comments section on news articles.

Text messages obtained exclusively by the JoongAng Ilbo on Tuesday offer a glimpse into how the group worked and the extent of their ties with the Democratic Party.

The blogger, Kim Dong-won, and his associates used an encrypted messaging app called Telegram to exchange links to articles where they would apparently leave comments and use software to “like” ones that were favorable toward Moon, then a presidential candidate.

In a series of messages dated April 17, 2017, an associate of Kim who allegedly developed the rigging software posted a link to an article about each candidate’s platform. The comment that ended up receiving the most likes on that article was one that criticized the Liberty Korea Party, Moon’s opposition.

“Those LKP people like Lee Myung-bak, Park Geun-hye and Hong Joon-pyo, they always talk about representing ordinary citizens. As if they would.” That comment received 837 likes.

On the same day, another member uploaded a link to an article about Moon’s platform. Comments such as “Young and old alike support Moon Jae-in” and “Go Moon” received the most likes, ranging from 100 to 200. The consistency between the comments of news articles posted to the Telegram chat room suggests the group had a hand in manipulating those comments.

In an earlier message dated April 6, 2017, Kim sent out a link to an article about Moon starting his campaign from Gwangju and wrote, “I ask for your support.” In the comments section, Kim had left a post criticizing Ahn Cheol-soo, one of Moon’s rivals.

“At the time, Ahn was rising in ranks and it looked like the election might be Ahn versus Moon,” said a member of the group who requested anonymity, “so we focused on criticizing Ahn in the comments.”

The messages also indicate ties between the group and Kim Kyoung-soo, then a lawmaker and close friend of Moon. “This link to the article was sent by Rep. Kim Kyoung-soo, so we better work on it once more in the morning,” the blogger, Kim Dong-won, wrote in the chat room in July 2017.

The revelation is the latest implicating the Democratic Party in the online manipulation scandal.

Authorities arrested Kim Dong-won in March and charged him with obstruction of business, a punishable crime in Korea. Three of his associates face the same charge because their use of software to manipulate comments hindered the operations of Naver, a website that many Koreans use to access news.

They are being tried for rigging opinions against Moon after he was elected. Prosecutors believe the group turned on the president after his administration refused to grant patronage positions to some of its members.

According to authorities, the group’s operation dates back to October 2016. During a raid last week of one member’s home, police picked up a USB drive containing files that recorded the group’s work from October 2016 to March 2017.

The files included information on the rigging, like counters on comments and whether their work resulted in a specific article being promoted on the main page of Naver. Earlier, police had found text messages between Kim Kyoung-soo and Kim Dong-won from January to March 2017, in which the lawmaker asks the blogger to promote articles related to Moon.

Prosecutors who are trying Kim Dong-won recently discovered that the group operated in a systematic way through chat rooms of 30. They also found out that the software used by the group to rig likes was developed internally.

“One of Druking’s associates, a 30-year-old man surnamed Park, said he used a program called ‘King Crab,’” a prosecutor said in court on Tuesday. “This so-called King Crab was developed by Park.”

Prosecutors argued that the software allowed the group to automatically log in and out of individual members’ accounts and change their IP addresses. The group used the Amazon Web Services platform to develop the software.

But what they know about the software is mostly from Park’s testimony. The group deleted the software before police could obtain it, a source from the prosecution’s office told the JoongAng Ilbo. The source added that the office was planning to ask Amazon for cooperation in its investigation before discovering the program had already been deleted.

The USB drive also contained a list of about 200 members in an online community that Kim Dong-won ran. They allegedly pooled together 27 million won ($25,020) between November and December 2016 and handed the money to Rep. Kim Kyoung-soo. A former aide to the lawmaker received another 5 million won from the group, and authorities are investigating whether the funds were bribes in return for political favors.

Police questioned Kim Kyoung-soo as a witness for 23 hours on May 5 but did not announce any specific findings from the session.

On Wednesday, the Chosun Ilbo, a local daily, reported that Kim Kyoung-soo had promised jobs in the Moon government for members of the online group in return for their services during the campaign. Kim issued a statement denying the allegation.

“The Chosun Ilbo reported today that Kim had called Druking to offer a job of consul general in Sendai, Japan,” Kim’s spokesperson, Jae Yoon-kyung, wrote in a statement. “The paper reported it as if Kim had meddled in job appointments and accepted improper solicitation when it was but a simple recommendation of a person for a job.”

According to the Chosun Ilbo report, Kim Dong-won told police that Kim Kyoung-soo offered his associate a job as consul general in Sendai after an initial request for the same position in Osaka fell through. The report alleged that the request was part of a deal between the two men for Kim Dong-won’s campaign services.

Kim Kyoung-soo is currently running for governor of South Gyeongsang. The election takes place next month. In a previous news conference, he acknowledged that he met Kim Dong-won for the first time around June 2016 but said he did not do more than convey his recommendations for jobs to the Blue House’s human resources office.

On Monday, the Democratic Party and its main rival, the Liberty Korea Party, reached an agreement to pass a bill mandating an independent counsel investigation into the case, but it remains unclear whether Kim Kyoung-soo, the former representative, will be included in the probe. But Kim Sung-tae, the floor leader of the Liberty Korea Party, suggested on Wednesday that he might be. “There is no need to press for an independent counsel probe unless Kim Kyoung-soo is going to be included in the probe,” he said. “There are some serious traces of illegal funding concerning Kim.”