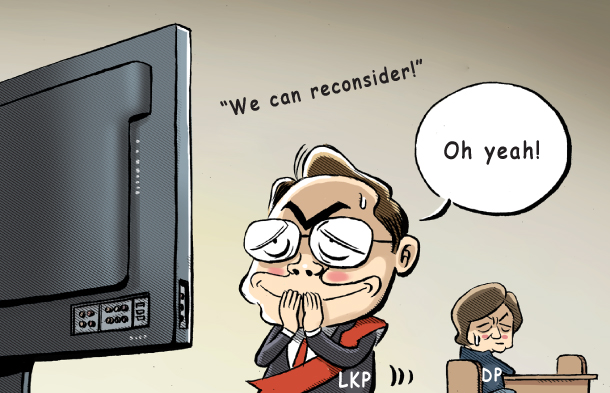 After North Korea said it was reconsidering an upcoming summit between U.S. President Donald Trump and North Korean leader Kim Jong-un, the opposition Liberty Korea Party is elated as it can continue attacking the ruling Democratic Party for appeasement of North Korea in its campaign for the June 13 local elections.