Inside Hyundai Mobis’ attempt to redefine itself

Inside Hyundai Mobis’ attempt to redefine itself 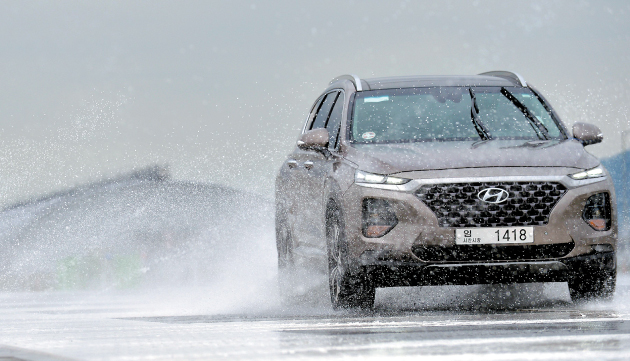 SEOSAN, South Chungcheong - Hyundai Mobis, the auto parts affiliate of Hyundai Motor, has its work cut out for it. It needs to transform into a major player in the future of mobility when the company’s planned spinoff and merger pass through.

Hyundai Motor plans to spin off Mobis’ module and after-sales service businesses to other affiliates so Hyundai Mobis can solely focus on future mobility.

The company’s R&D center in Seosan, South Chungcheong, a two-hour drive from Seoul, is where major autonomous driving technologies, including Hyundai Mobis’ new sensors, will be developed and tested.

Hyundai Mobis took a group of Korean reporters to Seosan on Wednesday to give them a sneak peek of what’s going on at the 300 billion won ($277 million) center, which officially opened in June 2017.

“We want to catch up with industry competitors on sensor levels,” said Gregory Baratoff, vice president of Hyundai Mobis’ DAS Engineering Group, at a media event at the center on Wednesday. “We are internalizing technology with specializing companies [SMS and Astyx], and we want to lead in the sector by 2025.” 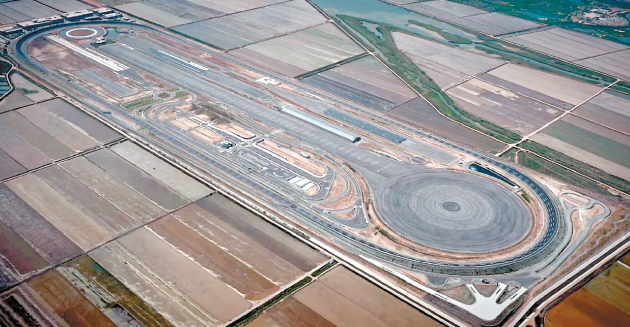 Hyundai Mobis pledged to develop sensors required for self-driving cars by 2020 in collaboration with these companies. The company plans to mass produce five types of radar sensors by 2021. With SMS, the Korean company will develop entry-level radar for the front and side of cars. With Astyx, Mobis said it is developing a high-performance radar.

Hyundai Mobis predicted that the parts industry for self-driving cars will grow explosively from 2019, and the company plans to deliver all kinds of necessary sensors by then.

“Hyundai Mobis has world-class technology in sensors that use ultrasonic waves and V2X technology,” said Hwang Jae-ho, director of Mobis’ DAS engineering group. “We expect the company will secure a technology portfolio that encompasses sensors and controllers in time for the industry’s explosive growth. If we expand global orders, we expect to increase our revenue by 11 trillion won by 2025.”

The company also is planning to cut costs and reduce the market price of its components to take the lead in the parts market.

Yang Seung-woo, the head of Mobis’ ICT R&D Division, said a system that integrates data coming from electronic auto parts would lower the company’s costs, and said that Mobis would focus on it after it masters parts development by 2021.

The Seosan R&D center is made up of four research buildings and 14 test courses.

One of the courses is for autonomous cars. This is where Hyundai Mobis has been testing its self-driving car nicknamed M.Billy. Each car costs 2 billion won due to its high-tech equipment, which includes 25 sensors that enable it to analyze 360-degree views of its surroundings. It is able to make turns according to street signals and change lanes. The company currently has three cars, and it’s planning to increase that number to 20 by the fourth quarter of next year.

The center also has a 250-meter (820-foot) tunnel course where Hyundai Mobis tests its smart LED lamps. Dubbed the Intelligent Front Light System, the headlights can adjust the brightness of their high-beam light when it detects an incoming car so the lights don’t bother other drivers.

It pledged to expand its investment-to-revenue percentage from its current 7 percent to 10 percent by 2021. The company is planning to up its number of researchers from 600 to 1,000 by 2021, according to the company.