‘Burning’ captures youth indignation: The short story adaptation is in the running for the top prize at Cannes

‘Burning’ captures youth indignation: The short story adaptation is in the running for the top prize at Cannes 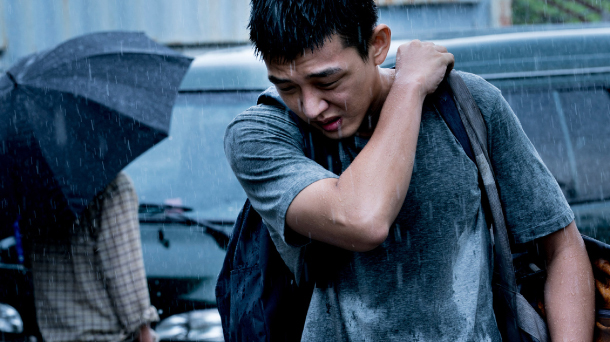 Director Lee Chang-dong’s “Burning” tells the story of a young struggling delivery man, played by Yoo Ah-in, who has almost no chance of a bright future. [CGV ARTHOUSE]

Director Lee Chang-dong’s sixth feature “Burning” lacks the resonance his previous critically acclaimed films like “Secret Sunshine” (2007) and “Peppermint Candy” (2000) have, but the auteur’s latest piece manages to leave a strong impression for a movie that deals with the familiar theme of struggles experienced by young people in Korea.

Based off of a cryptic short story by Japanese novelist Haruki Murakami, “Burning” is Lee’s first film in eight years and is currently vying for the Palme d’Or at Cannes Film Festival, which will wrap on Saturday.

Dramatizing the tale, in which “nothing happens,” according to Lee, the adaptation is fueled by the frustration and incompetence felt by a struggling young delivery man named Jong-su (Yoo Ah-in), who dreams of becoming a novelist.

While on duty, Jong-su encounters an old friend Hae-mi (Jeon Jong-seo) from his hometown. A vibrant spirit who believes what matters more than existence itself is a belief in existence, she quickly becomes intimate with Jong-su.

But their budding relationship abruptly ends when Hae-mi meets a mysterious man named Ben (Steven Yeun) during a trip to Africa. 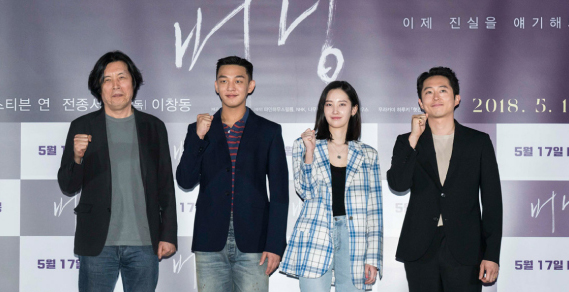 Unlike the hard-working yet cash strapped Jong-su with poor parents, Ben, who says he does “anything fun” for a living, enjoys an upscale life that’s probably feasible thanks to his wealthy parents. The contrast between their social standing is most evident when looking at their cars and houses.

While Ben drives Porsche 911 Carrera, Jong-su drives an old truck. Jong-su lives in a ramshackle shack in the suburbs, which is probably better than his old house, where the toilet stood next to a sink. Ben, in contrast, lives in a fancy apartment in the posh Cheongdam neighborhood in southern Seoul, where he casually sips wine with his rich friends. The fact that Jong-su doesn’t belong there is demonstrated by the doubtful looks the police give at his presence.

“Today’s young people are the first generation to live a tougher life than that of their parents,” said the director through a press release. “The world has continuously developed, but not necessarily for the better. I believed there is a sense of helplessness and indignation that today’s young people harbor.”

Feeling impressed by Ben yet frustrated about losing the girl he loves, Jong-su lashes out his repressed anger at the wrong target: Hae-mi, who Jong-su compares to a prostitute.

Things start picking up when Ben tells Jong-su about his hobby of burning down vinyl greenhouses, which he describes as “needless and useless things.” Even the police don’t care about them, he says.

Ben then tells Jong-su that he will soon burn down another vinyl greenhouse. This time, it’ll be near Jong-su’s place. After hearing the plan, Jong-su wakes up every morning and checks that all vinyl greenhouses near his home are intact.

His efforts prove futile, as the film later implies through the sudden disappearance of Hae-mi and the appearance of Ben’s new girlfriend that the flammable vinyl greenhouse is a metaphor for the women he dates: hopeless young people with a dim future.

“It has a form, but greenhouses are transparent and have nothing inside,” said Lee. “Though it was made for a purpose, it’s of no use anymore [to most modern people].”

According to Lee, many young people are feeling hopeless, but they are more frustrated about the fact that they can’t find the subject of their frustration.

In the film, Jong-su’s frustration eventually points to Ben. Although Jong-su on the surface has his own private reasons to release his anger on him, we all know by the end of the movie that Hae-mi isn’t the only reason for Jong-su’s rage.

Rated R, the movie opened in theaters on Thursday. It runs for 148 minutes.