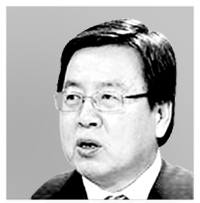 Oh Jung-geun
*The author is the chairman of the Korea Finance ICT Convergence Association.

American activist hedge fund Elliott Management is leading a campaign to torpedo Hyundai Motor Group’s plan to change its structure. Using its own investment of $1 billion in Hyundai Motor, Kia Motors and Hyundai Mobis, Elliott has its own ideas of how to enhance shareholders’ value. It’s demanding Hyundai to retire treasury stocks and return 40 percent to 50 percent of net income as cash dividends, and put three outside directors on the board. It is gathering proxy votes from foreign shareholders to kill the group’s plan to spin off the module and after-sales services business of Hyundai Mobis and then merge it with logistics affiliate Hyundai Glovis at a May 29 shareholders’ meetings.

Elliott is also claiming $670 million in damages from the Korean government for the pressure it put on the National Pension Service (NPS) to vote in favor of a 2015 merger of Samsung C&T and Cheil Industries through the international court of arbitration. It sent a letter of intent to the Justice Ministry, a procedure under the investor-state dispute settlement mechanism under the free trade pact between South Korea and the United States. Without a settlement, the dispute will head to the arbitration court. NPS executives were found guilty in lower courts for influence-peddling over the merger. The Health and Welfare Ministry announced the decision as one of its biggest past follies even as a final ruling has yet to be delivered by the Supreme Court. Elliott has used the Moon Jae-in administration’s crackdown on what it calls “past ills” — shady practices of preceding governments — to put the government in a bind.

Korea Inc. had been burned by foreign investors before. SK Telecom was targeted by Tiger Management in 1993, SK Corp. by Sovereign Asset Management in 2003, Samsung Corp. by Hermes Investment Management in 2003 and KT&G by Carl Icahn in 2005. A relatively weak hold on control by the families that run Korea’s big groups make them easy prey for speculative hedge funds or private equity companies.

Because Korean companies relied on the stock market for fundraising, the stakes of the families that control them are relatively small. Moreover, the country does not provide systematic protection such as a dual-class shareholder system enabling varying voting rights as in the United States, Japan and France. Governments in Japan, the United Kingdom and France even allow golden shares that give a shareholder veto power over changes to the company’s charter. Such defensive mechanisms give security to management and allow it to make long-term plans for investments and hiring. Without such protections, Korea Inc. has to squander its earnings indulging shareholders with dividends and buy-back program to lift stock prices, instead of spending on new investments and R&D. 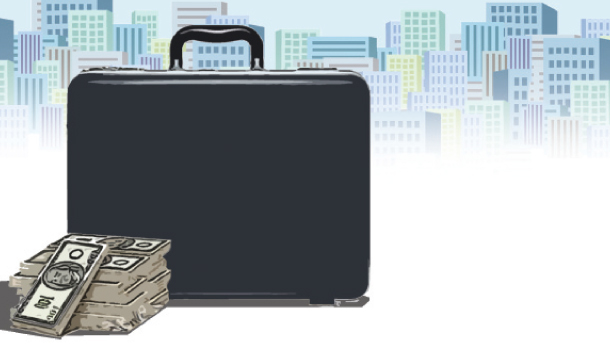 Of annual facilities investment of around 150 trillion won ($139 billion) in Korea, about 90 percent comes from large companies. If large companies do not invest, jobs cannot be created. Most Korean college graduates want jobs in public sector institutions, large companies or the high-end services sector. But the government is more committed to fiddling around with the ownership structure of large companies.

On top of fending off predatory external forces, chaebol are under pressure by government authorities to change their cross-shareholding among affiliates. Large conglomerates are spending billions of dollars to get rid of equity holdings among affiliates. Samsung Group is cornered by all possible authorities. Financial and antitrust authorities are pressing Samsung Life to sell around 21 trillion won worth of shares in Samsung Electronics even though the relevant revised regulations have not even passed the legislature. The owner family owns about 5 percent in Samsung Electronics. It wields power in the mainstay technology company through stakes in Samsung Life and Samsung C&T. If Samsung Life disposes of its stake and loses the second-largest shareholder’s position in Samsung Electronics, the management of the country’s most valuable company could be shaken. This could bode poorly for the Korean economy, given the position of Samsung Electronics and share of its products in Korea’s exports.

The Fair Trade Commission is drawing up even tougher regulations for large companies. The Justice Ministry is pursuing revisions to the commerce law to enhance minority shareholders’ rights. If the proposed bill passes, minority shareholders would have the right to name half of the members of a company’s board, which would make Korean companies more vulnerable to external influence. The NPS has adopted a stewardship code to raise its voice as a shareholder. The pension fund that holds considerable stakes in many major listed companies could press them to adopt a concentrated voting system. All these developments only aid speculative funds abroad.

It is important to raise transparency in corporate governance. But the actions should be in line with an environment that encourages active corporate investments and hiring. Few would want to invest in a business sector in which management control is inherently shaky. Overseas investment took up a third of facilities investment by large companies last year. Apart from the chip segment, facilities investment activities are sluggish. As result, factory operation rates hover at historic lows of around 70 percent. The government must pay heed to the reasons behind sharp reductions in monthly job creation to 100,000 from 300,000 to 400,000 levels.