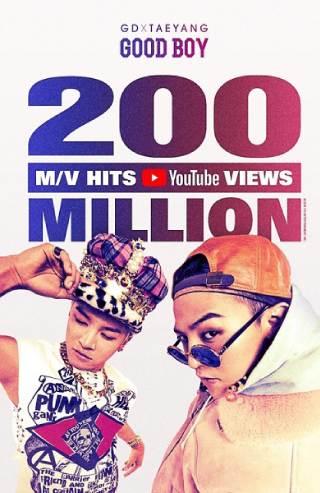 The track along with the music video was released in 2014, and the music video was a hit among fans with its flashy visuals and fun camera work. A video of the duo’s “Good Boy” performance at the 2014 Mnet Asian Music Awards had the greatest number of views among K-Pop videos on YouTube at the time.

G-Dragon enlisted in the military this February and was recently sent to a hospital in Seoul for an ankle injury. Taeyang got married to actor Min Hyo-rin in February and less than a month later joined the military.