SON HAE-YONG
*The author is a deputy industrial news editor of the JoongAng Ilbo. 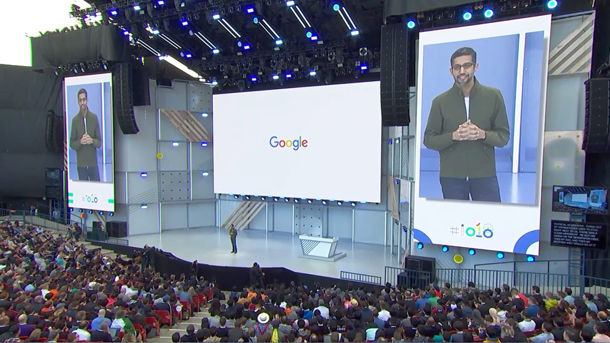 Google, a leading global company, does not have a fixed work schedule. Employees swim or play games during their workday. By email, they can request to take vacation for at least two weeks up to more than a month. Cafeterias offer international cuisine for free. The company deserves to be called a leading company in work-life balance as well.

But those inside Google feel a bit different from what the company looks like outside. Graduates of prestigious schools from around the world come to Google and work day and night. Many quit in less than a year due to pressure for outcomes. The average employee stays at Google for 3.2 years.

I stayed in the Silicon Valley area for a year for training, and the Googlers I met gave me the same impression. Manager Lee Jun-young, the first Korean to join Google, said that the free cafeteria saves employees the time and choices to enhance work efficiency. Lee Dong-hui, who has worked for Google for 10 years, said that he often works from home to save time commuting.

Google provides an environment for talented people to display their creativity and potential. And to maximize outcomes, Googlers work in their own, efficient ways. Their work-life balance is having a quality vacation after working hard.

Director Jeon Jun-hee met with reporters at Google’s I/O developer conference. “A company will fail if it requires new hires who don’t know anything or employees getting ready for a product release to work 52 hours a week,” he said. Jeon is a co-founder of East Soft, and is a core developer overseeing the YouTube TV team.

“You have to work day and night to get applause anywhere. True work-life balance is not setting work hours but having the workers self-regulate their own balance between work and life.”

The 52-hour workweek is to be implemented starting July, and flexible work hours, allowing for people to set their own work schedules, are emerging as an alternative to minimize side effects. When a time frame is set for two weeks, one can work 58 hours in the first week and 46 hours in the next week. In Europe and Japan, the flexible time frame is allowed for up to a year. The United States does not have a restriction. Based on a flexible work schedule, they have a culture of working hard for 10 to 11 months and taking a long vacation, often longer than a month. This is what Google is offering.

However, if that system is introduced in Korea, the time frame is limited to two weeks if it is set as an employment rule. It is not supposed to exceed three months even if the management and union make a written agreement. It is hard to apply it to IT companies, where employees work intensively for three to six months before a product or service release.

It is hard to object to the intent of a system to reduce overworking. However, prohibiting workers to voluntarily work long hours to get recognition could lead to side effects. For a soft landing of the system, the time limit needs to be flexible.