Druking spills all on former rep in a letter

Druking spills all on former rep in a letter 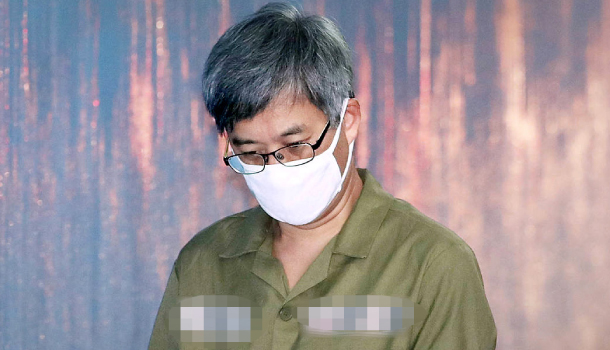 The power blogger known as Druking claimed that former Democratic Party Rep. Kim Kyoung-soo approved the use of software to rig “likes” on political comments online to help Moon Jae-in in the presidential campaign of 2017.

“In September 2016, when Kim Kyoung-soo visited my office in Paju, I told him how the winning parties in the 2007 and 2012 presidential elections used a certain program online to manipulate public opinion,” the blogger, a 49-year-old man named Kim Dong-won, wrote in a letter dated Thursday, according to the Chosun Ilbo on Friday. “So in October of that year, I briefed Rep. Kim about the so-called ‘King Crab’ program in my office.”

Druking is charged with obstruction of business, a punishable crime in Korea. Three of his associates face the same charge over their use of software to manipulate comments on Naver, a portal that many Koreans use to access news.

Prosecutors said the software allowed the group to automatically log in and out of individual members’ accounts and change their IP addresses. The group said it used the Amazon Web Services platform to develop the software.

“Kim was briefed about the program and confirmed in person how the program works,” the blogger wrote. “I told him, ‘If we do not use the program we will lose in the election again. If something goes wrong, I will take responsibility and go to jail. But we cannot do this without your consent or agreement. So will you give your consent, even just by a nod, if you cannot say anything?’

“And Kim nodded, so I told him, ‘We will go ahead with this plan,’” the blogger wrote. “Leaving the office, Kim said, ‘Why did you have to show me this? You should have just carried it out as you saw fit.’ And I told him, ‘We will take care of it as if you had not seen it.’”

The blogger wrote that from that moment, he could tell Kim “was trying hard not to leave behind any evidence against him,” but added that Kim cannot deny that “there were a lot of us in the office who witnessed him confirming the program.”

The blogger wrote that he reported to Kim daily a list of articles that his team worked on to boost public opinion about Moon. He sent the list on Telegram, a mobile message app, and Kim checked the messages by 11 p.m. every day, he claimed.

“Sometimes Kim would text back asking why certain favorable comments [on Moon] did not receive the most number of ‘likes,’” the blogger wrote.

The former lawmaker, a candidate for South Gyeongsang governor in the local elections next month, was questioned by police as a witness in the online manipulation scandal on May 5.

In a press conference on April 14, Kim denied the allegation that he ordered the blogger to rig public opinion during the presidential election, stating, “It is not true that we exchanged messages to discuss things.” He claimed not to know about the software the blogger and his team used, saying, “I did not know about the program until news reports about it recently.”

But around a week after Kim held the press conference, authorities found dozens of text messages exchanged between him and Druking from January to March 2017, in which the lawmaker asked the blogger to promote articles related to Moon.

Kim also said in the press conference that the blogger made “unreasonable demands” after Moon was elected president in May 2017 and that he “did not agree to these demands.”

But the blogger in his letter said Kim offered his associate a job as Korea’s consul general in Sendai, Japan.

The blogger wrote, “We tried really hard to help Moon during the election so we asked Kim around February [2017] to include two of our associates in the election policy committee of the Democratic Party, and one did make it on, but the other did not.

“So after the election we asked Kim if the associate could be recommended as the next Korean ambassador to Japan, but Kim said he couldn’t make the recommendation,” the blogger wrote. “Then he called me on Dec. 28, 2017, to ask, ‘What do you think about the job as consul general in Sendai?’

“Sendai was a place that diplomats did not like to go because it’s close to Fukushima, where they had the nuclear disaster,” the blogger wrote. “I felt like Kim was making a fool of me. So I denied the offer.”

In a statement this week, former Rep. Kim said he did not offer Druking’s associate a job as consul general in Sendai, responding to a Chosun Ilbo report on Wednesday.

Another allegation against Kim is that one of his aides surnamed Han received 5 million won ($4,642) from Druking’s group, suspected as a form of bribe in return for political favor. Han was questioned by police last month as a witness.

“While we were waiting for the answer from Kim on whether our request to recommend our associate would be accepted, Han texted me on Telegram, and he sent me a text that seemed intended for his wife, discussing something about a lack of money, and it seemed like he was asking us for some money,” the blogger wrote. “Since Kim had told me before to communicate with Han ‘as if he is me,’ I couldn’t ignore the text. So we sent him 5 million won.”

Police uncovered a text message that Druking sent to Kim in March containing threats and discussing the 5 million won. Druking wrote in his letter that it was not about threatening Han to deliver promises on the job offer in the Moon government, as was reported by media outlets.

“That text message was about asking Kim to fire Han because we were very angry that Han had tried to get some money out of us while we were waiting to hear back on whether our associate was successfully recommended,” Druking wrote.

At the end of the letter the blogger wrote that he “regrets using the software to cause trouble,” that he “simply wanted to bring back democratic government for the country” and that he will “take all legal responsibility.” But asked that former DP Rep. Kim “also stand in court with us to face his charges.”

Kim on Friday told reporters that the blogger’s letter is “a story worse than a third-rate novel.”

Prosecutors at a press conference on Friday said they will take legal action against the blogger for making false claims to media outlets.

“Police investigated the case comparatively more earnestly but once the case got handed over to the prosecution, it felt like they were trying to minimize the investigation,” Druking wrote in his letter. “I heard that a prosecutor, in questioning a suspect, told the suspect, ‘Leave out the details on Kim Kyoung-soo.’ Kim is no longer the prosecution’s target.”

“We will take legal action against Kim for making false claims,” said a prosecution official in a press conference Friday.

“Druking may be taking a swipe at us because we did not take an offer he made,” a prosecution official told the JoongAng Ilbo.

Prosecutors said Druking requested a meeting with them and they met on Monday. In the meeting, according to prosecutors, Druking said, “I will tell you about Kim Kyoung-soo” and asked the prosecution in return to minimize the investigation of his case, for a parole, and for favorable handling of the investigation into his associates and members of his blog.

“He said he will tell police or a news outlet everything he knows on Thursday if we do not take the deal,” a prosecutor told the JoongAng Ilbo. “Trying to make such a deal with the prosecution is illegal.”

Druking and three of his associates are being tried. His indictment accuses him of using software to rig “likes” on two comments on an article on Naver, but prosecutors on Thursday requested a change in his indictment, to state, “Druking used a program called King Crab to rig 23,813 ‘likes’ on 50 comments,” after investigating an associate of his, one out of the three being tried, who developed the program.

The floor leaders of the ruling and opposition parties met on Friday afternoon to try to reach an agreement on the extent of an independent counsel probe on the Druking case before the National Assembly’s plenary session, scheduled around 9 p.m., was to open for the first time in weeks. The Assembly has been paralyzed over a number of issues including the Druking case.