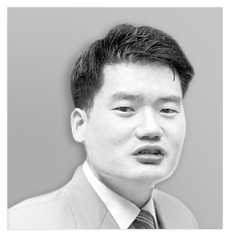 Kang Chan-ho
*The author is an editorial writer at the JoongAng Ilb.

Kim Il Sung, the founder of North Korea, had warned his son and heir, Kim Jong-il, not to trust China. Kim Jong-il, in turn, passed down the same lesson to his son, Kim Jong-un. Over the years, the Kim family has seen how Beijing can easily betray their interests by normalizing ties with Seoul and Washington.

Roh and Kim ended up compromising by keeping the language vague. The setup would involve three or four countries. Beijing strongly protested against the connotation, saying it could be left out of the arrangement. Seoul tried to play it down by saying the language only suggested flexibility in talks, but Beijing was not persuaded.

The same tug of war followed the first nuclear crisis in 1997. Talks were arranged to discuss a peace treaty on the Korean Peninsula, and again, North Korea wished to restrict the talks to the two Koreas and United States. Although China was ultimately included when the talks took place in Switzerland later that year, negotiations fell through with the uninvited guest on board.

The same vague wording was included in the joint declaration produced by South Korean President Moon Jae-in and Kim Jong-un after their summit on April 27. The two leaders agreed to pursue “three-way or four-way” talks to establish a permanent peace arrangement on the Korean Peninsula. 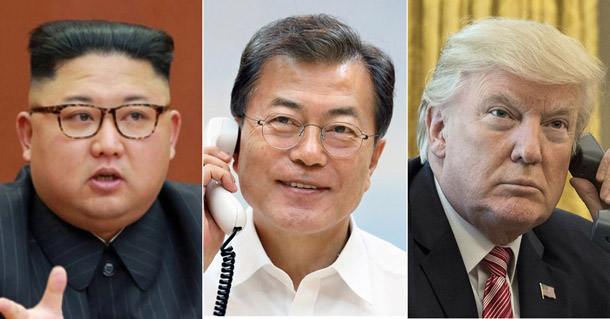 North Korea was the one that insisted on the “three-way” wording. China once again vehemently raised objections to the idea. Seven days after the summit, Chinese President Xi Jinping told Moon that Beijing was ready to play an “active” role in political settlements on the Korean Peninsula. That was nothing but a diplomatic warning that it would not tolerate exclusion from inter-Korean affairs.

North Korea seeks out China during emergencies. Kim paid visits to China twice as a sort of “insurance policy” ahead of a planned summit with U.S. President Donald Trump, but he still desires to keep China out of peace negotiations. He can turn to China if talks do not proceed well with the United States, but that is an option of last resort. In the end, China will fret over being left out.

Here, our position is important. We should not outright oppose China’s participation in talks, but we need to subtly support North Korea in its wishes. We, too, do not stand to benefit by including China in a peace deal. China could find fault with the joint military drills conducted by South Korea and the United States. It could even challenge the American military presence in South Korea and shake the alliance between Seoul and Washington. Pyongyang would also not want repeated meddling from Beijing in developments with Seoul and Washington.

The two Koreas are solely responsible for their future. They should best limit the involvement of global powers, especially neighboring China. China may demand a stake in the new Korean future, citing its human losses in the 1950-53 Korean War and participation in the armistice, which stopped the fighting but technically didn’t end the war. If China’s logic is right, the 16 countries that were part of the United Nations forces could submit the same reasoning. A peace arrangement should be signed by the countries with a military presence on the Korean Peninsula, namely the two Koreas and the United States.