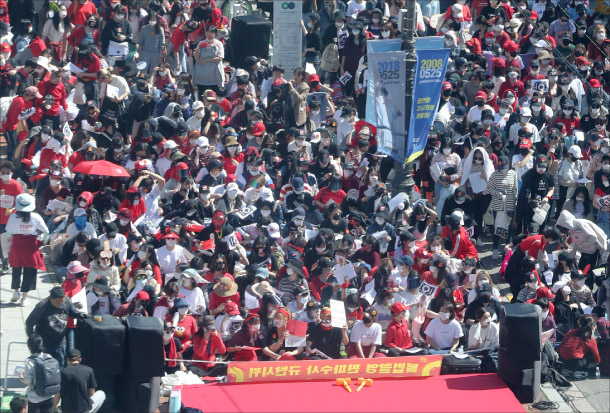 Protesters call for fairer investigations of hidden camera crimes on Saturday in Jongno District, central Seoul. The all-female rally was a response to the arrest of a woman for posting a photo of a male nude model online. A petition on the Blue House website demanding a fair investigation has garnered more than 300,000 signatures. The petition argues that police were quick to identify the female suspect because the victim was a man but ignore many cases where victims are women. [YONHAP]